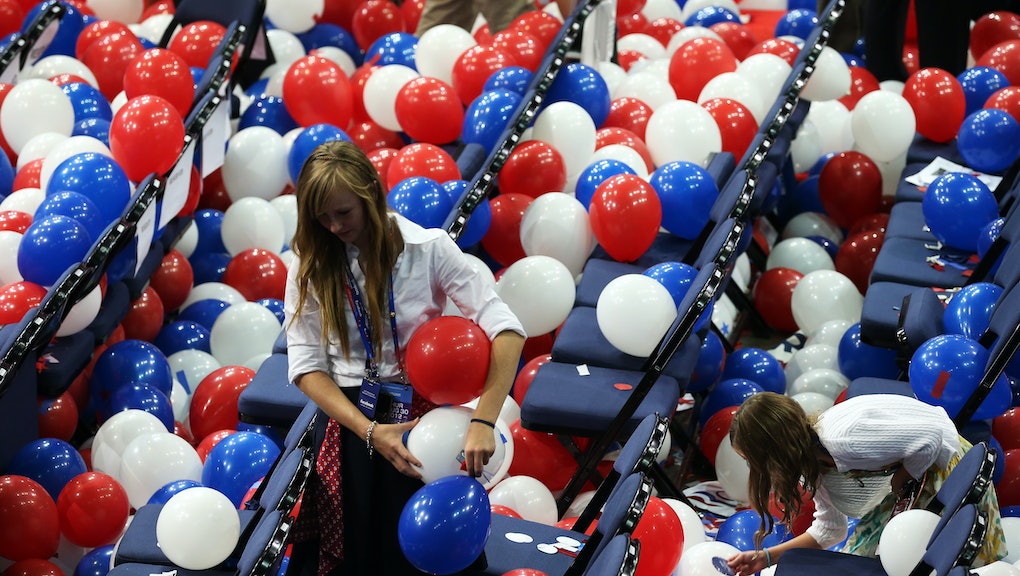 Your Guide to the 2016 Republican National Convention, Including Speakers, Dates and More

The Republican National Convention, where Donald Trump is expected to accept the nomination — barring any last-minute drama — is set to kick off July 18.

Before the proceedings get underway in Cleveland, party leaders will hold days of meetings on the platform and rules. While an anti-Trump coup is unlikely, it's not totally impossible.

Cleveland is also bracing for the heated protests that could erupt outside the convention venue.

Here's the lowdown on what we know about the big event so far:

When is the RNC?

The GOP convention runs from July 18 to July 21.

Republicans will nominate their candidates for president and vice president the week before the Democrats hit Philadelphia for their convention from July 25 to July 28.

Four years ago, the RNC convened to nominate Mitt Romney and Paul Ryan in Tampa, Florida, but started proceedings a day later than expected, on Aug. 28, because of the threat of Tropical Storm Isaac.

Where is the RNC?

The Republican National Convention takes place at Quicken Loans Arena, known to locals as the "Q."

Best known as the home of the NBA's Cavaliers, the Q also played host to the first GOP presidential debate of the cycle last August.

Who goes to the RNC?

According to the Republican National Committee, the convention will draw "approximately 2,470 delegates and 2,302 alternate delegates from all 50 states, the District of Columbia and five territories."

Among the 50,000 people expected to visit Cleveland during the convention, per the host committee: a horde of 15,000 members of the media.

Only credentialed delegates, staff, guests and press will be allowed into the complex after security sweeps. There are also designated viewing and protest areas for the public.

Security will be tight: Cleveland, in coordination with local, state and federal authorities, is establishing new traffic, pedestrian and public transit rules along with special airport and maritime regulations for Lake Erie to secure the perimeter of the convention.

Drones are not permitted and water pistols are also banned.

What happens at the RNC?

The main event is the acceptance speech by the nominee and his still-unnamed running mate.

But there's plenty of other action scheduled for Cleveland.

Party officials will discuss the official platform and the rules governing the party. Both are already stirring interest given continuing chatter and debate about the possibility of rhetorical brawls over wedge issues such as abortion and delegate moves against the presumptive nominee.

There will also be protests and parties all around the venue, including special exhibits at the Rock & Roll Hall of Fame.

Cleveland updated the route for a planned protest march after the American Civil Liberties Union filed suit over the original rules, calling them too restrictive.

Given the mayhem seen at Trump events from California to Illinois to North Carolina and the thousands expected to demonstrate at the RNC, Cleveland's Board of Control voted Wednesday to take out $50 million in "protest insurance."

Between security concerns outside and divisions within the GOP ranks, the Republican National Convention should be plenty exciting — but perhaps not in the way the party or its presumptive nominee might hope.