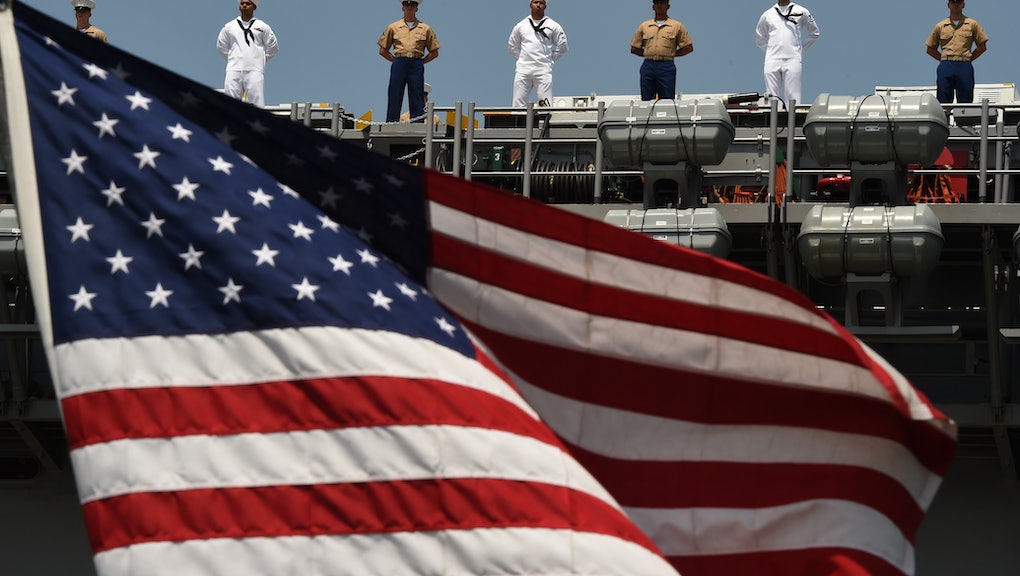 People Are Celebrating the 4th of July By Reminding Us #AmericaWasNeverGreat

But not everyone is celebrating. Starting in earnest Monday morning, Twitter users began using the hashtag #AmericaWasNeverGreat to point out all the injustices that still plague the country.

There was the mass murder of Native populations in America:

And slavery, which persisted well into the country's first century of so-called "independence."

Then there's the issue of trying to ban transgender people from using public bathrooms:

And the irony of Brock Turner's slap on the wrist for a brutal sexual assault:

And the frightening resurgence of the Ku Klux Klan:

For plenty of people, the land of the free ain't so free, after all. They're still waiting for it to become "great."