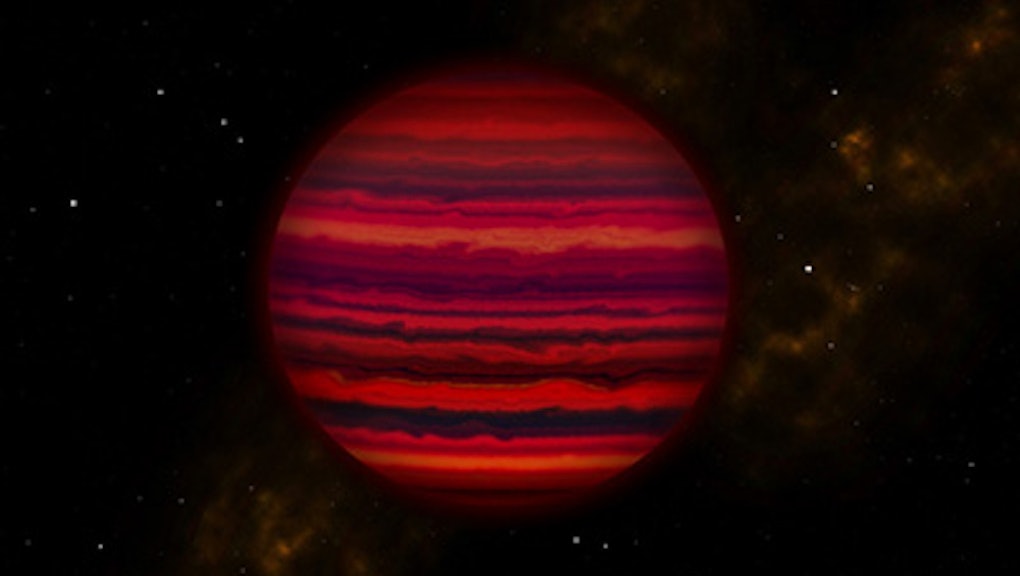 A brown dwarf star called WISE 0855 that sits just 7.2 light-years away from Earth has been hiding something surprising.

Astronomers detected signs of clouds of water in the brown dwarf's atmosphere. If confirmed, this will be the first time we've discovered atmospheric water outside our solar system.

"Its extremely low temperature makes it the first object after Earth, Mars, Jupiter and Saturn likely to host water clouds in its visible atmosphere," the researchers wrote in a new study describing WISE 0855.

Brown dwarfs are sort of like baby stars that never grew up. They form when clouds of gas and dust condense, but don't condense enough to jumpstart the nuclear fusion that powers stars.

This brown dwarf is too faint and chilly to study with optical or infrared telescopes, so the team used the Gemini North telescope, which is capable of detecting a narrow range of wavelengths of emissions.

"Our spectrum shows that WISE 0855 is dominated by water vapor and clouds, with an overall appearance that is strikingly similar to Jupiter," Andrew Skemer, lead author on the new study, said in a statement.

Astronomers have a lot more to learn about this brown dwarf and how atmospheric water may form outside the solar system.

"WISE 0855 is our first opportunity to study an extrasolar planetary-mass object that is nearly as cold as our own gas giants," Skemer said.