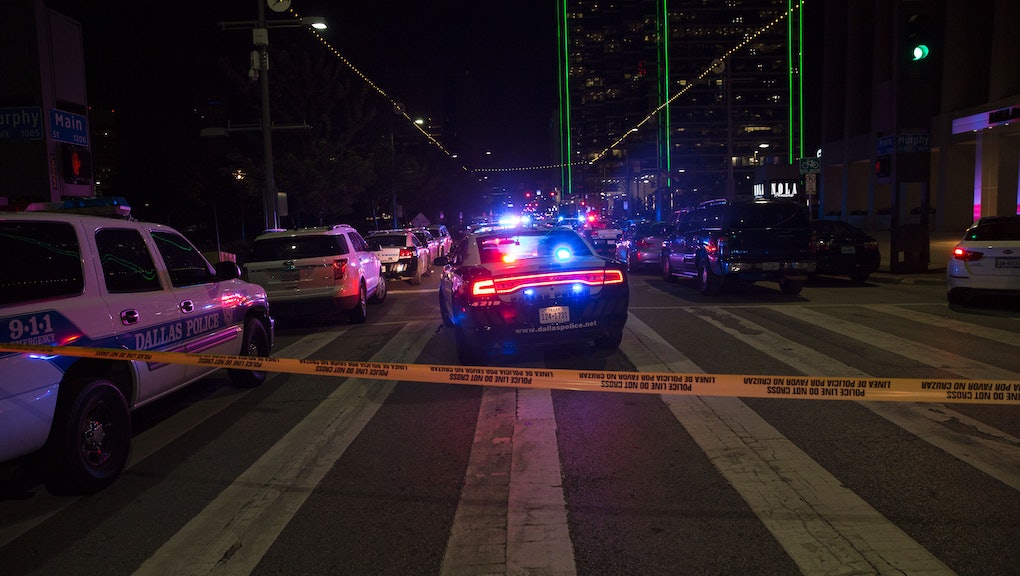 Black Lives Matter is a liberation movement. That's hard for many Americans to remember in the immediate aftermath of Thursday night's sniper shootings in Dallas, which left five police officers dead and seven more injured. The shootings were a terrifying exclamation point on an already soul-crushing week for America.

On Tuesday, video went public of police in Baton Rogue, Louisiana, fatally shooting Alton Sterling, a 37-year-old black man. The next day, Philando Castile was fatally shot during a traffic stop in Minnesota. Castile's girlfriend, Diamond Reynolds, had the presence of mind to livestream what happened next on Facebook: his body slumped next to hers, an officer's gun still pointed at him, police handcuffing her in the back of a squad car and her 4-year-old daughter promising her mother everything would be okay.

When news broke that a dozen officers had been shot at a Dallas protest meant to peacefully mark the week's tragedies, the immediate backlash against Black Lives Matter was fierce. Some Twitter users attributed the brutality to a "Black Lives Matter attack." Former Congressman Joe Walsh tweeted that the shootings were a declaration of war.

Walsh's words underscore a common misperception about the movement for black lives that has helped mold America's discourse on police brutality in recent years: that it's a movement born out of anger or retribution. It's not. What it is, quite simply, is a movement molded by the belief that black people should be able to live their full lives without being summarily executed by the police forces that are ostensibly paid to protect them.

"When Black people get free, everybody gets free," wrote Alicia Garza, co-founder of the hashtag and organization that now bears the name Black Lives Matter.

These are not empty words. They're grounded in the belief that the violence aimed at black people in America is so endemic, so pervasive, that it underlays the violence that disrupts every other community in our country. If we refuse to address the disregard for black life, we make it all too easy to disregard other lives — and yes, that includes the lives of police officers.

It's not the first time Black Lives Matter has had to fight the perception that it hates police. It also happened after two New York City police officers were gunned down in Brooklyn, New York, by a mentally ill man on a disturbed mission to do violence in its name in December 2014. The movement has addressed this misperception time and again, including on its own website:

Police officers are people. Their lives have inherent value. This movement is not an anti-people movement; therefore it is not an anti-police-officer movement. Most police officers are just everyday people who want to do their jobs, make a living for their families, and come home safely at the end of their shift. This does not mean, however, that police are not implicated in a system that criminalizes black people, that demands that they view black people as unsafe and dangerous, that trains them to be more aggressive and less accommodating with black citizens, and that does not stress that we are taxpayers who deserve to be protected and served just like everyone else.

Black lives matter. That is not a divisive call. It is an inclusive one, centered on the radical belief that black people deserve to live.