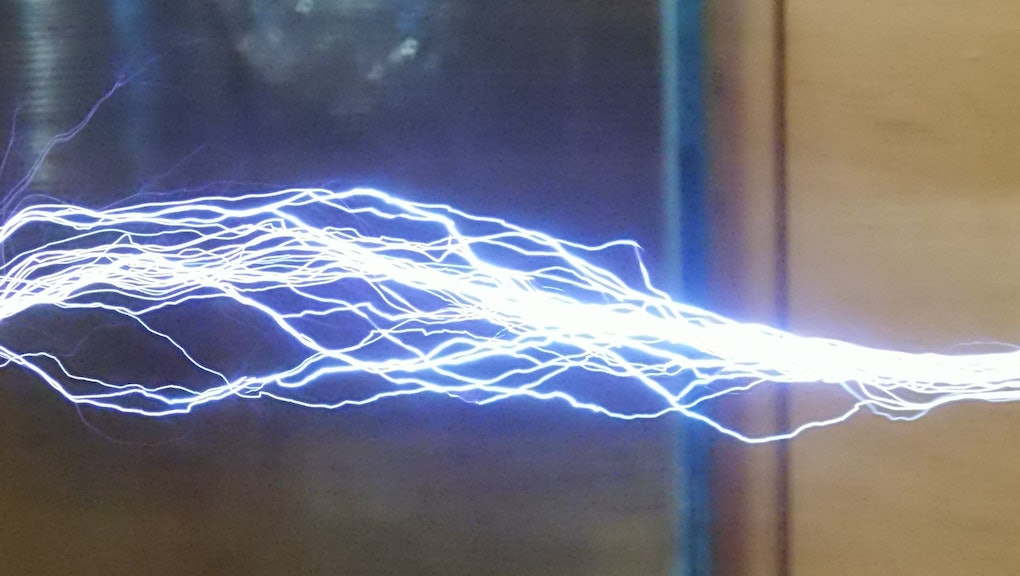 Nikola Tesla, the creative, patent-obsessed inventor, was born 160 years ago on July 10.

But here are a few of Tesla's lesser-known inventions, ideas and contributions to science.

1. Tesla came up with the concept of the smartphone in the 1920s

According to a quote found by Big Think, Tesla understood exactly where communication technology was headed:

"We shall be able to communicate with one another instantly, irrespective of distance. Not only this, but through television and telephony we shall see and hear one another as perfectly as though we were face to face, despite intervening distances of thousands of miles; and the instruments through which we shall be able to do his will be amazingly simple compared with our present telephone. A man will be able to carry one in his vest pocket."

Unfortunately, he couldn't figure out how to create such a device 90 years ago. Understandable, considering the technology available at the time.

2. He made an "earthquake machine"

Tesla built what some called an "earthquake machine" and his experiments with it sparked a lot of rumors about what was going on inside his lab. What Tesla created was actually more of an oscillator that could match different vibration speeds and resonances.

3. He patented the idea for an electric railway

"This invention is an improved system or plan of supplying electric current to the motors of street or other cars or vehicles from a central or stationary source of supply, without the use of sliding or rolling contacts between the line conductor and the car motors," Tesla explained in his patent.

4. He invented what was essentially an early solar-electric panel

His design involved a metal plate on an antenna that was wired into a capacitor on the ground.

5. He designed a remote-controlled boat

Tesla used radio waves to control the boat, and even directed it around a pool of water in Madison Square Garden. People speculated about its potential use in warfare, according to Bluebird Marine Systems. (Hello drone strikes.)

6. He patented a flying machine that could perform vertical takeoffs

Tesla called it a "helicopter-plane."

Tesla died in New York in 1943, but he contributed a great deal to the development of electric systems and communication technology during his lifetime.