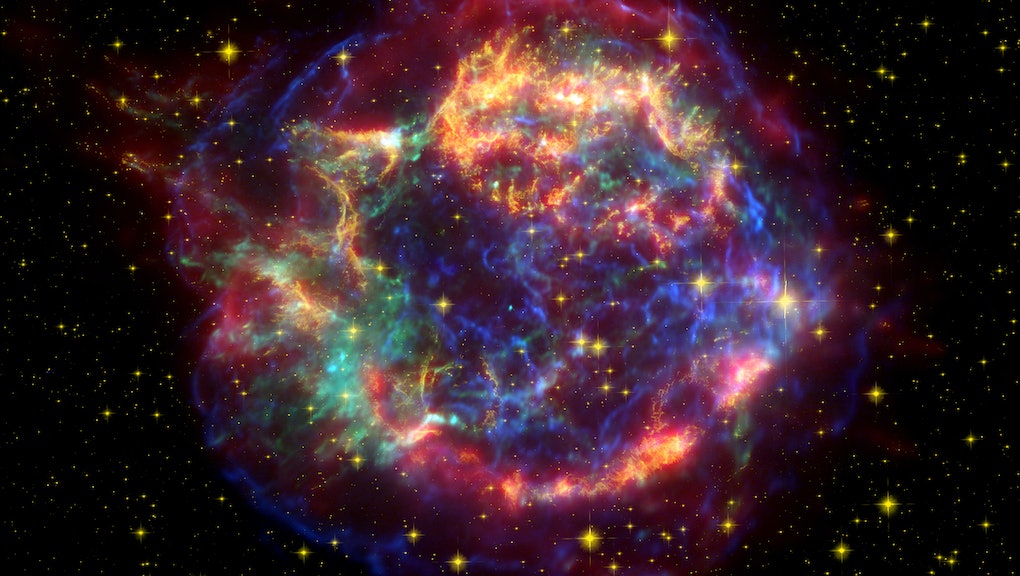 An Exploding Star May Have Caused a Mass Extinction on Earth

Back in April, researchers first uncovered evidence that a pair of stars about 300 light-years from Earth exploded millions of years ago. Now, follow-up research suggests one of those explosions — a huge supernova — may have been powerful enough to trigger a "minor mass extinction" on Earth.

The extinction likely occurred 2.59 million years ago, at the end of the Pliocene age, the epoch known for global cooling and the spread of grasslands.

"I was surprised to see as much effect as there was," Adrian Melott, co-author on the new study, said in a statement. "I was expecting there to be very little effect at all. The supernovae were pretty far way — more than 300 light-years — that's really not very close."

How the explosion could have caused a mass extinction

The researchers created computer models of how the explosions may have played out. In some of the models, both supernovae would have blasted blue light into the sky over Earth. The light would have disrupted animals' sleep patterns for weeks.

The real problem, according to the research, is the radiation from the explosions. Supernovas release high-energy cosmic rays that can penetrate the atmosphere.

"They tear up molecules, they can rip electrons off atoms, and that goes on right down to the ground level," Melott explained.

Some models of the explosion suggested the cosmic rays that hit Earth could have been powerful enough to triple the radiation dose for animals on the ground. It would likely increase cancer risk and mutations, the researchers wrote. Of course, this was a very minor extinction in Earth's history compared to the one that wiped out the dinosaurs. A closer star would have to explode to trigger something like that.

There's evidence that radiation from the supernova may have also sparked the climate change that happened on Earth around that time, according to the researchers.

"Africa dried out and a lot of the forest turned into savannah," Melott said. "Around this time and afterwards, we started having glaciations — ice ages — over and over again, and it's not clear why that started to happen. It's controversial, but maybe cosmic rays had something to do with it."