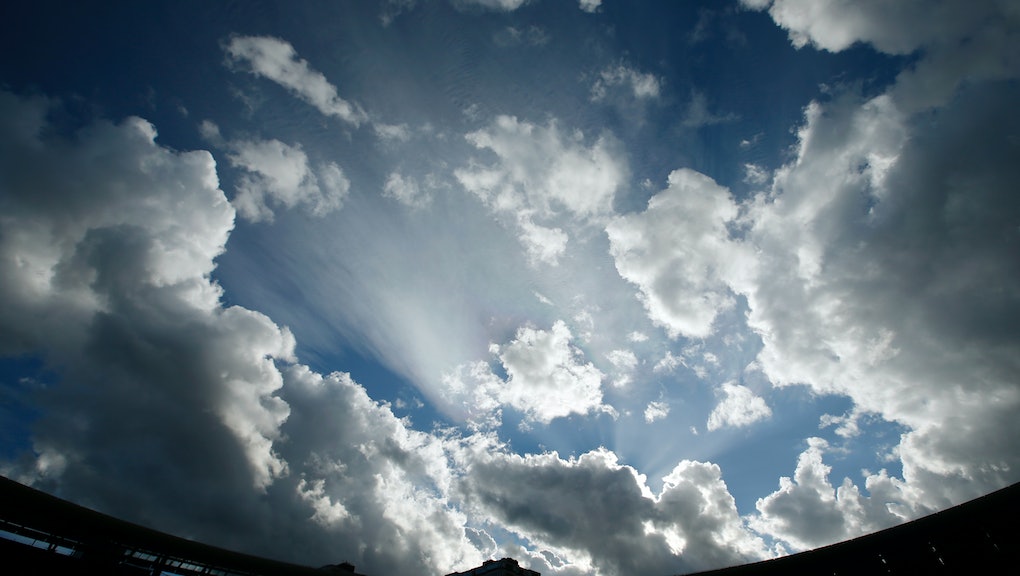 Our Clouds Are Changing Drastically Due to Global Warming

If you're searching for evidence of climate change, just look up.

Researchers have discovered the distribution of clouds over Earth has changed dramatically over the last few decades due to climate change — and not in a good way.

The team looked at cloud distribution from January 1983 to December 2009 and discovered cloud coverage has shifted toward the poles, causing subtropical, dry areas to expand. This is a problem because there's more solar radiation near the tropics than the poles. Without lots of cloud coverage in the tropics to reflect that radiation back into space, the Earth will warm up faster, according to new research published in the journal Nature.

And it gets worse: The researchers found that clouds are also stretching higher into the atmosphere. That means they're trapping more warm air below and accelerating global warming.

Taken together, these two effects are bad news.

"The expansion of subtropical dry zones results in less reflection of solar radiation back to space," the researchers wrote. "As cloud tops rise, their greenhouse effect becomes stronger. Both of these cloud changes have a warming effect on climate."

Scientists knew this would happen: These observations aren't surprising. Sophisticated models that predict how climate change will impact the Earth took cloud coverage into consideration, so this study is mostly confirmation that existing climate models are accurate.

"These results indicate that the cloud changes most consistently predicted by global climate models are currently occurring in nature," the scientists wrote in their study.

They conclude this positive feedback loop will most likely continue accelerating climate change.

This is yet another piece of evidence that we need swift, global action on climate change.