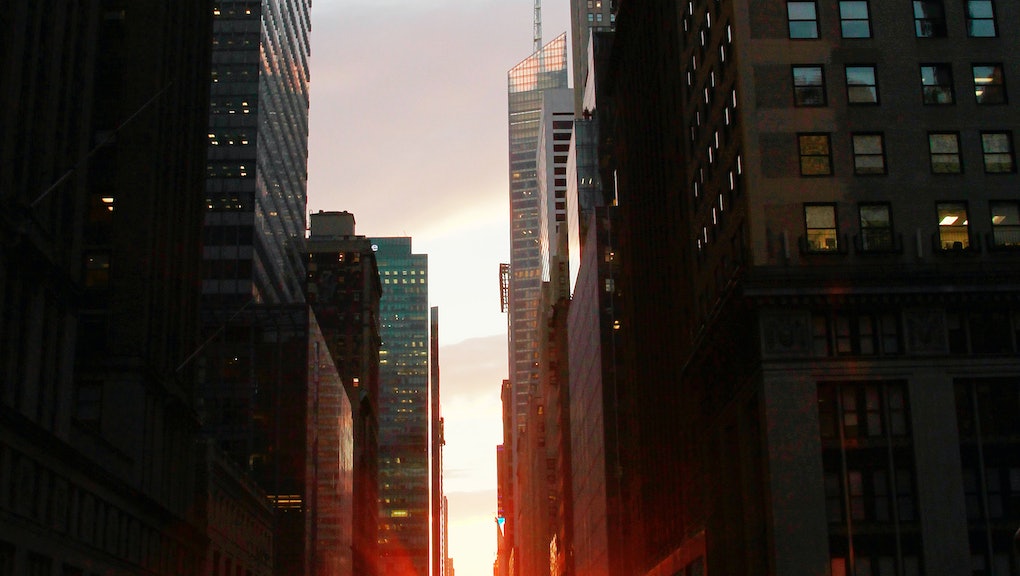 Manhattanhenge: It's Time for NYC's Favorite Visual Phenomenon. Here's Where to View It

Manhattanhenge might be the most beautiful time of year in New York City.

For a few minutes tonight, if you look west down the streets of Manhattan, you'll see the sunset perfectly framed by buildings on either side.

Why does it happen?

Therefore, the spring and autumn equinoxes are the only days of the year when the sun rises due east and sets due west.

Manhattan is actually lined up about 30 degrees off from geographic north, according to Tyson; otherwise we'd see Manhattanhenge on the equinoxes. Instead, we can catch the phenomenon twice during the summer.

Any city on a grid system could identify days where the sunset would line up like this, but it's hard to beat the view you get in Manhattan:

When and where to see Manhattanhenge:

The first Manhattanhenge this year happened back in May. Your last chance to catch it this year (you could multitask and catch some Pokémon at the same time) will be Monday, July 11, at 8:20 p.m. and Tuesday, July 12, at 8:20 p.m., according to Tyson.

You'll get the best view if you stand on the east side of Manhattan and look west down a wide street that cuts mostly straight across the island, like 14th Street, 23rd Street and 34th Street.