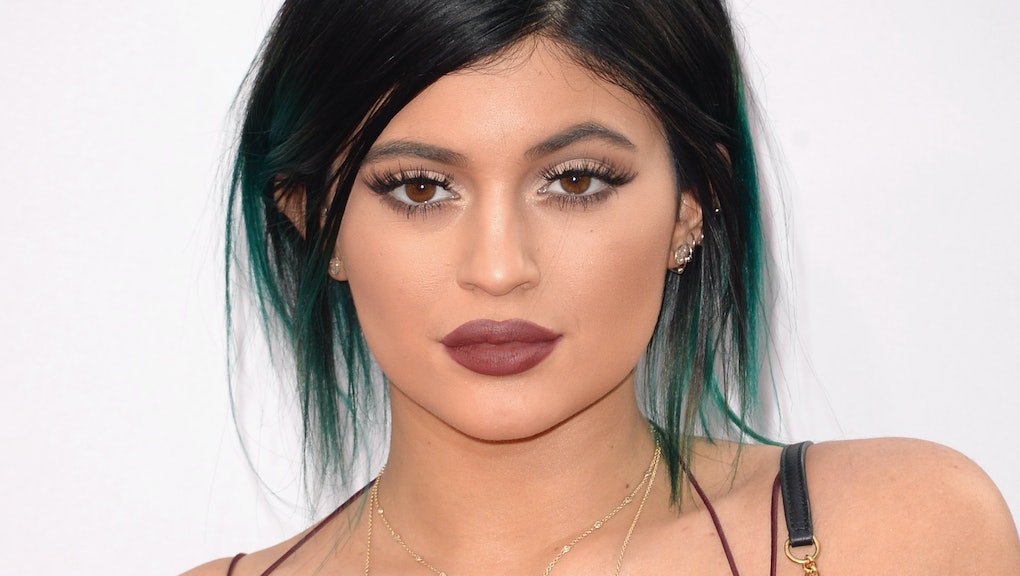 Even Kylie Jenner Knows Her Lips Were Once a Beauty Disaster

Kylie Jenner's lips have caused viral (and unsafe) challenges, probably helped increase the number of lip augmentations and inspired a line of beauty products. But Jenner wasn't always super confident about the look.

In a new interview, the owner of the trendsetting lips said she might've went a bit overboard when she first started plumping up her pout.

"Well, I definitely made my lips a little too big at one point," Jenner told big sister Kim Kardashian West in an interview for the August issue of Allure when asked about her biggest beauty mistake.

When Kardashian West responded with a simple "Yeah," the 18-year-old continued, "I got excited and felt like I needed to do a lot. And then you guys were like, 'Kylie, you need to chill.' And then I had to go back and have it fixed, and it was a crazy process. Thank God I didn't end up on Botched."

Fans had been speculating since 2014 that Jenner was augmenting her lips. After all, unlike hair, lips don't magically grow overnight like hers did. But instead of admitting to it immediately, she often credited her bigger lips to makeup and "over-lining" until she finally revealed the truth in May 2015.

"I have temporary lip fillers. It's just an insecurity of mine, and it's what I wanted to do," she said during an episode of Keeping Up With the Kardashians.

Since the lip-filler-reveal-gate, Jenner has become a beauty mogul. Besides having her own line of cosmetics and nail polish, she often publishes makeup blog posts on her website and social platforms. Just a few days ago, she documented her more than $400, 18-step beauty routine on Snapchat.

Apparently people want to be able to do makeup and look like her — lips and all:

At least now she (or her dermatologist) seems to have mastered the perfect lip size for her face.