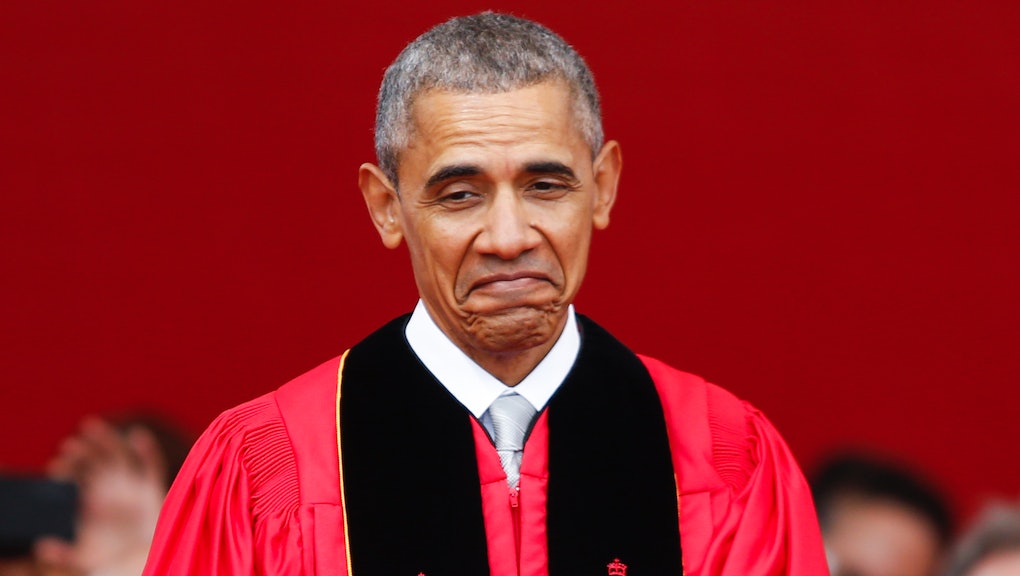 The article, titled "United States Health Care Reform: Progress to Date and Next Steps," with "Barack Obama, JD" listed as the author, was published in the prestigious Journal of the American Medical Association (known as JAMA) on July 11.

It's a pretty badass move for a president, and he got a lot of love on Twitter with the hashtag #ObamaJAMA.

What's in the article

Basically, Obama is laying out how the next president could continue to improve health care. Obama recommends things like lowering the cost of prescription drugs and making a "public option" available for people buying health care coverage as a cheaper alternative to buying coverage from private companies.

Keep in mind the article isn't marked as peer-reviewed, though it did go through extensive fact checking and editing, Forbes reported.

"While we of course recognized the author is the president of the United States, JAMA has enormously high standards and we certainly expected the president to meet those standards," Howard Bauchner, JAMA's editor-in-chief, told Bloomberg in an interview.

In the article, Obama lays out a rigorous defense of the Affordable Care Act and how much progress we've made.

But the work is far from done. "Despite this progress, too many Americans still strain to pay for their physician visits and prescriptions, cover their deductibles, or pay their monthly insurance bills; struggle to navigate a complex, sometimes bewildering system; and remain uninsured," wrote the president.

The future of health care under Clinton or Trump