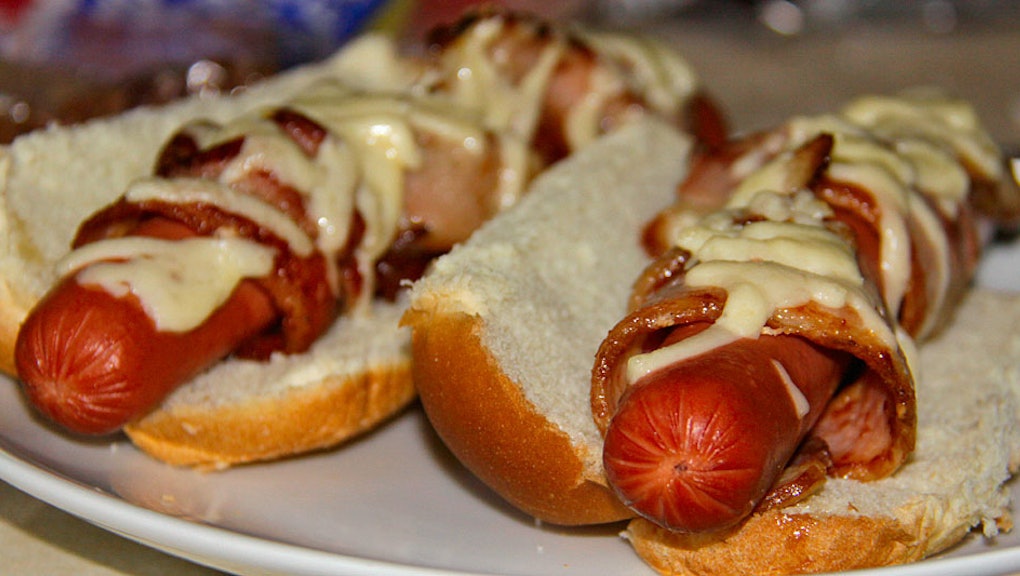 41% of Americans Say Hot Dogs Count as Sandwiches, Are Wrong

Peanut butter and jelly, pastrami on rye, grilled cheese, Reubens, BLT: It's safe to say these foods are sandwiches. Less indisputable is the hot dog, which some Americans also believe belongs in the sandwich category, according to a new report.

A survey of 2,000 Americans revealed that a whopping 41% of Americans believe hot dogs are sandwiches, Ball Park hot dogs stated in a press release; the remaining 59% have some sense, believing hot dogs are not sandwiches.

People who believe hot dogs are sandwiches are factually incorrect, and there's definitive proof: In a 2015 press release, the National Hot Dog and Sausage Council stated that a hot dog is not a sandwich. Sorry, dog.

"Limiting the hot dog's significance by saying it's 'just a sandwich' is like calling the Dalai Lama 'just a guy.'" the NHDSC wrote, noting it implied no disrespect to the larger sandwich category.

Though it used to be known as a "Coney Island Sandwich" or a "frankfurter sandwich" when it first debuted in America in the 1880s, the hot dog and its terminology has evolved, the NHDSC noted.

Perhaps we should cut the sandwich supporters some slack — even a reputable dictionary can misidentify the hot dog. In May 2016, Merriam-Webster caused a stir by declaring that a hot dog is actually a sandwich, Eater reported.

As defined by Merriam-Webster, a sandwich is "two or more slices of bread or a split roll having a filling in between," Eater noted. Merriam-Webster's argument goes as follows: Frankfurters may be considered "filling," and thinking of filling too narrowly would not "allow any single-item filling to qualify as a food item as a sandwich." By that logic, foods like peanut butter sandwiches wouldn't be classified as sandwiches.

But the dictionary should reflect how language is used — and rules are meant to be broken, right? YOLO. (YOLO was added to the Oxford Dictionary in 2014, FYI.)

Unfortunately, the United States Department of Agriculture also has it wrong on the hot dog and sandwich matter: According to regulations issued by the USDA, the organization considers a hot dog a sandwich, the NHDSC stated.

Maybe calling a hot dog by the wrong name isn't the worst offense of all time — the Ball Park press release revealed that some Americans top their dogs with a whole slew of weird items.