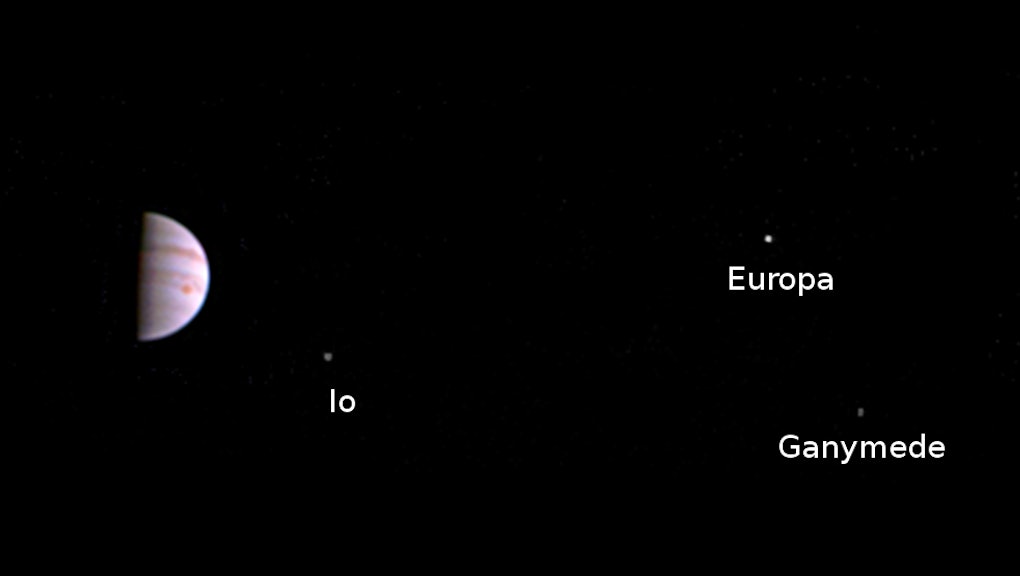 After a five-year journey, NASA's Juno spacecraft arrived at Jupiter on July 4, and now we have the first image from the encounter.

The image was taken when Juno was about 2.7 million miles away from the planet, and you can see Jupiter's Great Red Spot and three of its largest moons:

Since Juno is still orbiting at a pretty far distance from Jupiter, we won't be seeing any high-resolution photos until it starts making closer passes in late August. But this first image is a sign that the mission is running smoothly so far.

"This scene from JunoCam indicates it survived its first pass through Jupiter's extreme radiation environment without any degradation and is ready to take on Jupiter," Juno principal investigator Scott Bolton said in a statement.

Juno will eventually pass within about 2,600 miles of Jupiter as it spirals in closer and closer to the planet. At that range, scientists will be able to study what's happening under the planet's huge cloud cover. We'll learn more about Jupiter's origins and the role it played in the formation of the solar system.