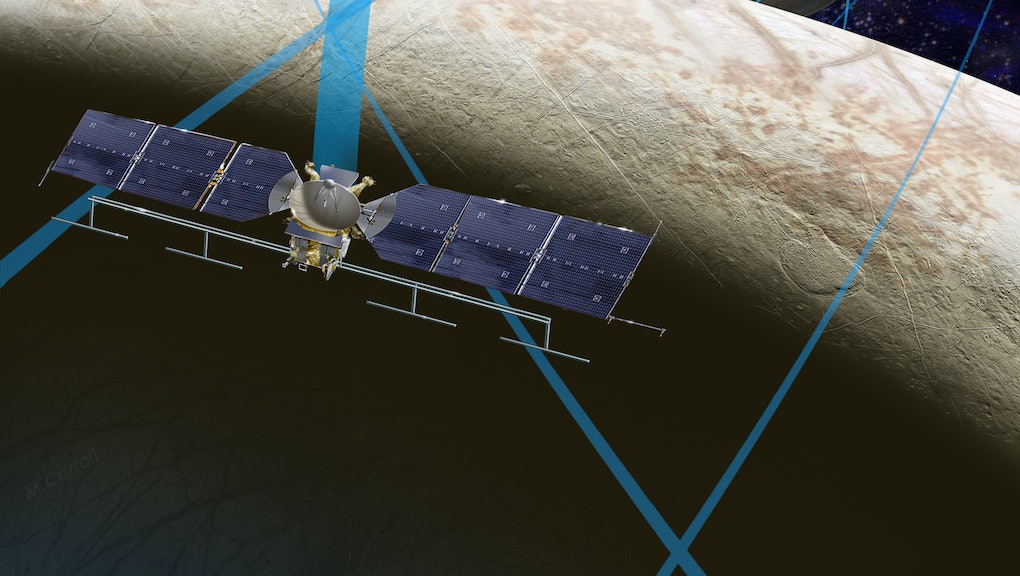 Could the Juno Spacecraft Crash Into Europa? NASA Is Taking a Huge Risk

The Juno spacecraft orbiting around Jupiter right now is giving us a lot of reasons to get excited.

But there's one huge worry lurking in the back of NASA scientists' minds.

If something were to go wrong with the mission, it's possible the spacecraft could crash into and contaminate one of the most likely places we might find alien life in the solar system: Jupiter's icy moon Europa.

Scientists have long suspected Europa harbors a massive, subsurface ocean that might have the right ingredients for life.

So the Juno team has to take extra caution while flying the spacecraft so close to the potentially life-harboring moon.

"We're proceeding with an overabundance of caution, because Juno, the spacecraft, was not cleaned when it was launched from Earth, and what we've learned is that there are life forms or spores that could survive the rigors of that crossing through space, that could possibly even survive the radiation dose that the spacecraft will get," Curt Niebur, lead program scientist of NASA's New Frontiers program, told the Huffington Post. "If just one of those bacteria or spores gets into the ocean on Europa, what would happen if it would grow, live and spread? We could possibly contaminate an entire alien ecosystem."

The evidence that Europa could support life keeps piling up. New research reported in May suggests Europa's ocean is strikingly similar to Earth's — and even Congress is ramping up support for a mission to explore the moon.

How do we avoid contaminating Europa?

Right now the plan is to send Juno on a suicidal spiral into Jupiter's atmosphere when its mission is complete, Space.com notes.