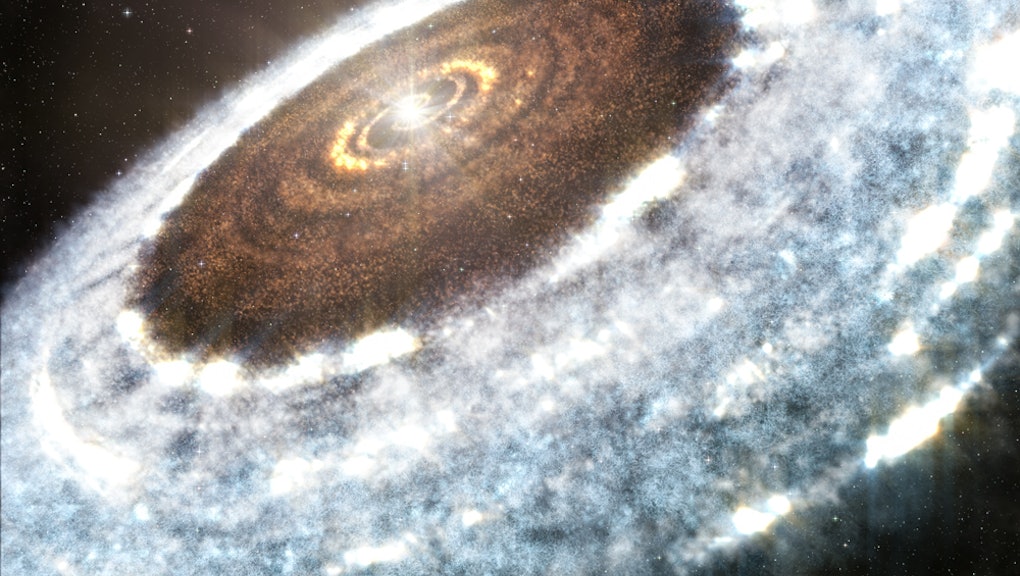 Astronomers just captured the first image of a "snow line" around a young star called V883 Orionis. It's the first time scientists have ever captured a clear view of one.

Young stars like this one are surrounded by gas and dust that clumps together into a "protoplanetary disk," according to a news release from the Atacama Large Millimeter/submillimeter Array (ALMA) observatory.

That's because V883 Orionis is currently sucking up lots of material from its protoplanetary disk. That ingestion process has made it about 400 times as luminous as the sun. It's also pushed the snow line about 40 astronomical units from the star's center, or about the distance of Neptune from the sun, making it easier for astronomers to see it.

Planets will eventually form a protoplanetary disk around a star, so we may be looking at the early stages of a new planetary system's formation.

Studying stars like this will help astronomers develop a more accurate model of how planets form.