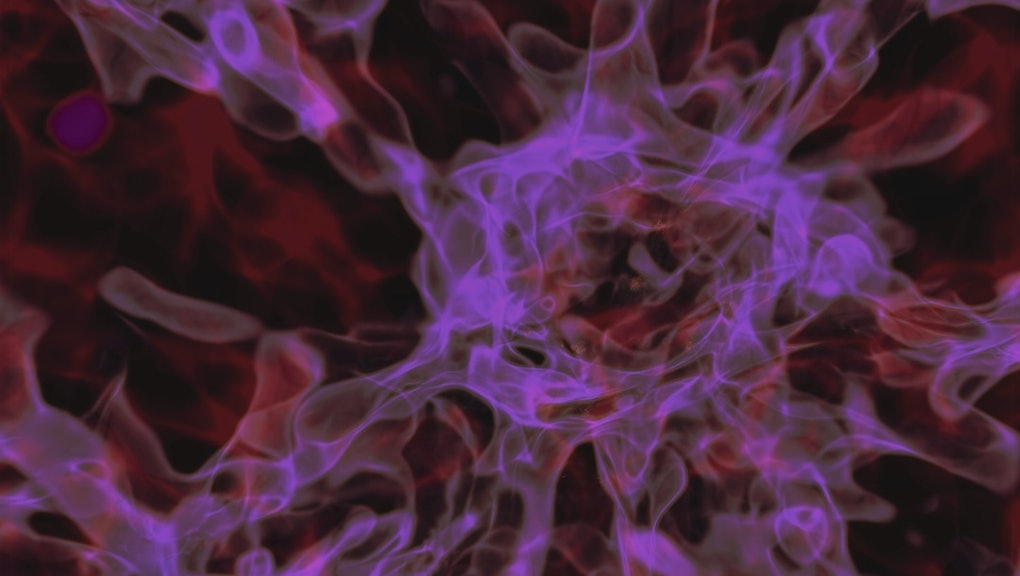 Astronomers have discovered evidence of a new type of black hole that could explain how supermassive black holes ended up at the center of most galaxies in the universe.

A supermassive mystery: Supermassive black holes typically take a really long time to develop, because they're so damn huge. But there's evidence that some of these huge black holes existed as soon as 750 million years after the Big Bang, which is actually quite fast when you're talking about objects that are millions or even billions of times the mass of the sun.

So astronomers came up with a theory to explain how supermassive black holes grew so quickly. The early universe was full of superheated clouds of hydrogen and helium. Normally, clouds like that would start to cool and stars would form. But if the gas stayed hot, star formation would be suppressed and a massive black hole could form in place of stars, according to a release from the Harvard-Smithsonian Center for Astrophysics. Astronomers called the idea "direct-collapse."

"It's a cosmic miracle," astronomer Volker Bromm said in a statement. "It's the only time in the history of the universe when conditions are just right."

But we didn't have any direct evidence to support that theory —  until now. Researchers studying an early-universe galaxy called CR7 discovered an unusual signal inside it. The signal is super hot (somewhere around 100,000 Kelvin) and there are no detected traces of any elements heavier than helium. These conditions fit in perfectly with the direct-collapse theory.

Researchers will continue to study CR7 and seek out evidence of this process in other parts of the universe.