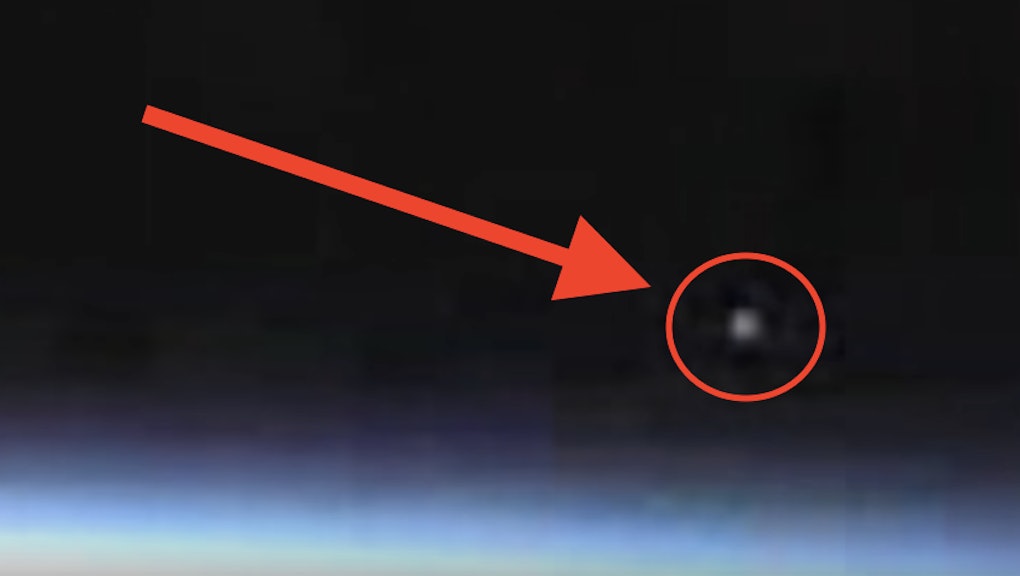 No, NASA Didn't Shut Off the Video Feed of a UFO — Conspiracy Theorists Need to Chill

Another day, another UFO conspiracy theory for NASA to deal with.

This latest theory spawns from the live feed of the HDEV camera mounted on the International Space Station. On July 9, the feed appeared to cut out just as an unidentified flying object (yep, technically a UFO) reached the Earth's atmosphere. UFO conspiracy theorists immediately jumped to the conclusion that NASA shut off the stream on purpose to "shield us from the truth."

An avid UFO hunter who goes by the name of Streepcap1 posted a YouTube clip of the moment the feed cut out:

What's actually going on? First of all, there are many things this object could be besides an alien spaceship or artifact. Space is huge, and there's a lot of stuff in it. In an email, NASA spokesperson Daniel Huot told Mic there's often space debris and light reflections that look like "artifacts" in images and video feeds from the ISS.

Second of all, the ISS live feed cuts out all the time when it passes out of range. There's very little chance that something fishy is going on here and NASA intentionally shut off the feed.

Here's NASA's whole statement about the incident, provided to Mic:

The video is from our High Definition Earth Viewing (HDEV) experiment aboard the ISS which is mounted externally on the ISS. This experiment includes several commercial HD video cameras aimed at the earth which are enclosed in a pressurized and temperature controlled housing. The experiment is on automatic controls to cycle through the various cameras.

NASA is regularly accused of covering up aliens. It happens all. The. Time.

But this video feed alone is no reason to suspect something fishy is going on, so everyone can relax. And if angry aliens ever do show up on our doorstep, we could just unleash Will Smith on them, à la Independence Day: