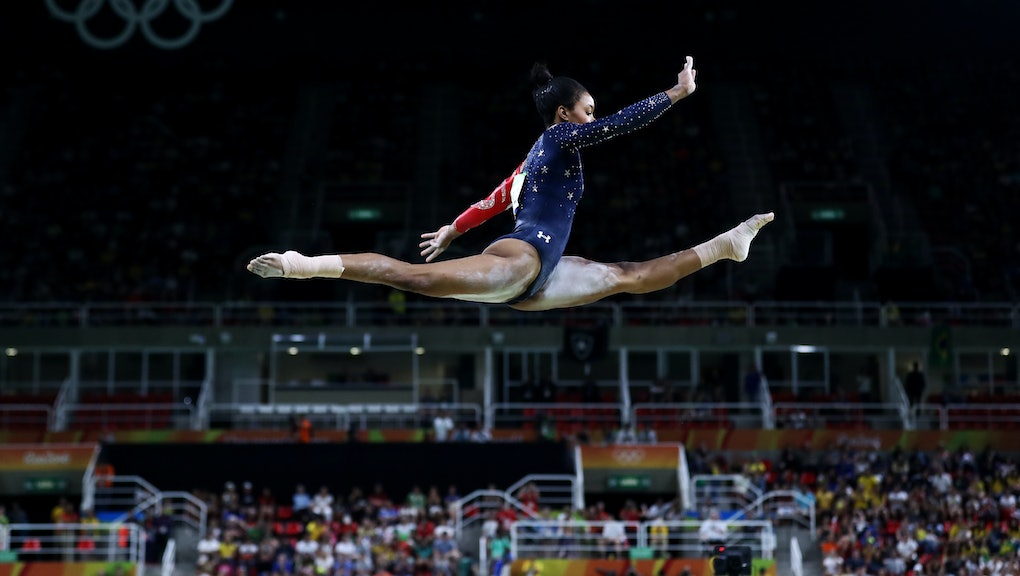 Olympic athletes put in enough practice hours for every motion to become muscle memory, but their training isn't just physical. Mentally preparing for the pressure that comes with competing at the 2016 Olympics is critical, and it can mean the difference between gold and silver.

"It can certainly make you or break you," sports psychologist Nicole Detling said in a phone interview.

The mental characteristics of an Olympian

Not overthinking it: The best athletes trust that they've practiced enough. "An athlete can start thinking about a movement or a shot that really should be so practiced or rehearsed that it's automatic. If you think too much it disrupts that process," psychologist Brooke Macnamara said in a phone interview.

Confidence: The level of confidence you have in your abilities in the moment of competition can also disrupt that automated process, Macnamara said. Top athletes usually have rock-solid confidence.

Competitiveness: "How much a person wants to win, their motivation to perform well, matters," Macnamara said. There's also the flip side to consider: how much a person doesn't want to lose.

"Some people hate to lose more than they love to win," Macnamara said. Either way, it's a powerful motivator.

Resiliency: Olympic athletes have failed a lot more along the way. As a result, they're more resilient, and they have a lot of perseverance and determination to get through it, Detling said.

Can you train yourself to be more mentally tough, like an Olympian?

Mental training is useful for any type of performance, even if you're not trying to win an Olympic event, Detling said. For example, for someone who's never done public speaking, that can be just as stressful as going for gold.

A big part of mental training is learning how to manage failure and fear of failure, Detling said. It's much more useful to "see failures as stepping stones, paths instead of obstacles."

It's also important to move on quickly from failure. "You have to be able to drop what just happened and not linger," Macnamara said. Otherwise, you're more likely to mess up the next race, public-speaking event or whatever it is you're training for.

After an athlete has failed, Detling asks them, "Where's your opportunity? What can you learn from this? What can you take forward?"

Those questions shouldn't be any different for non-Olympians.

"Every one of us could do that," she said.