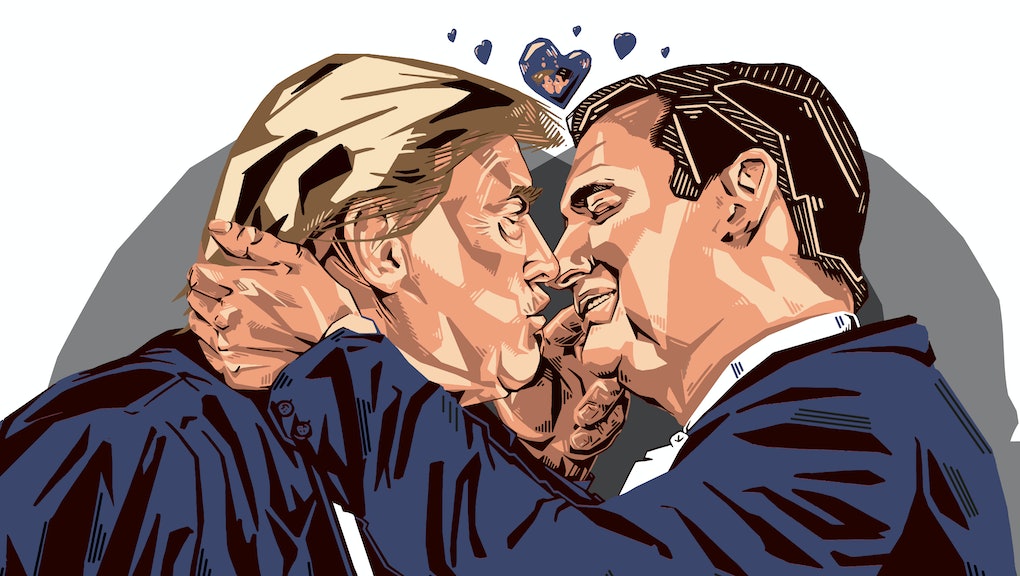 Attendees at next week's Republican National Convention in Cleveland won't be able to miss a giant new billboard that just went up in the city: It shows Donald Trump going in for a kiss with Texas Sen. Ted Cruz, accompanied by the message, "Love trumps hate. End homophobia."

Planting Peace was also responsible for a billboard showing an exasperated Jesus in Mississippi after the state passed an anti-LGBT bill; a pointed sign welcoming Kim Davis, the clerk who refused marriage licenses to same-sex couples, back to work; and the Equality House, a rainbow-painted resource center right across from the Westboro Baptist Church in Kansas.

The "end homophobia" message is especially powerful leading into a meeting of the Republican Party — whose newest platform will likely be, as the New York Times reported on Tuesday, "a text that can seem almost Victorian in its moralizing and deeply critical of how the modern American family has evolved," and includes targeted attacks on transgender rights and LGBTQ people.

Maybe this billboard will get its message through to at least some of the delegates at the convention. If not, at least we have this nice piece of artwork burned into our collective consciousness for the rest of time.