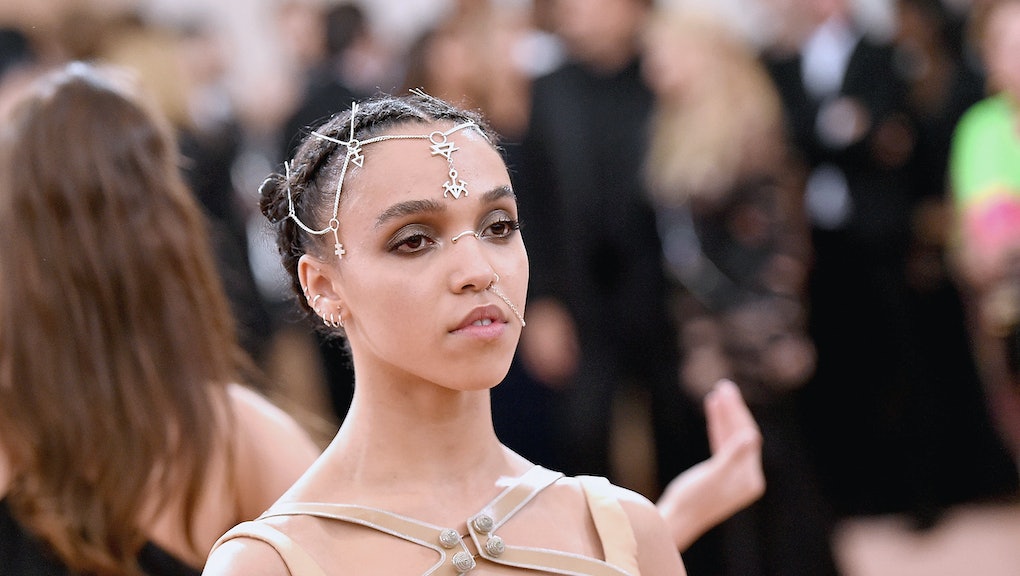 Elle magazine's covers have been fairly diverse in 2016. Taraji P. Henson, Viola Davis, Priyanka Chopra, Beyoncé and Kerry Washington all were featured on the front page within the first six months of the year.

August 2016's issue, with FKA twigs as the cover model, was no different. Even so, Elle's editor-at-large, Melissa Harris-Perry reacted to the cover with a "Face. Palm."

Why? Because next to the beautiful photo was the headline "Becky Who? It's Going to Be You With the Good Hair."

In an open letter posted to the publication's website, Harris-Perry critiqued the cover, questioning whether it was a "racial faux pas" or "egregious act of racism."

"Inserting the 'Becky with the good hair' reference right next to the lovely visage of FKA twigs on our August cover is not merely a matter of opinion, taste or aesthetic," she wrote. "It is a matter of race, power, privilege and ongoing issues of diversity and representation in the industry."

As she goes on to explain, "Becky" was not an idea fabricated by Beyoncé for Lemonade. In fact, it stems back to Sir Mix-A-Lot's "Baby Got Back." After all, it's hard to forget the lyric, "Oh my god, Becky, look at her butt."

So, who exactly is "Becky"? As Harris-Perry explains, "Becky personifies the cruel rejection of black women's bodies through a small-minded policing of white beauty standards." Some editors saw the "Becky who" text as "a reference to painful, and at times divisive, racial history, where white women stole the culture, the lives and the loves of black women."

But it wasn't just the cover she had issue with; it was the story that the "Becky" headline was teasing — inside the magazine is a full page photo of a white woman with blonde hair alongside the words "beauty" and "America's most wanted."

"I thought the 'good hair' reference next to FKA twigs could potentially be subversive, suggesting that her dark, stylish locks are an alternate definition of 'good hair,' displacing all the Beckys of the world," she said.

Her last point, one that Mic reported on last week, is that legacy fashion magazines have a long history of diversity problems: Women of color — and their culture — are simply not as well represented as white women.

Take, for example, the time when many called out Teen Vogue for the model it chose for a Senegalese twists article. Or when Allure covered its pages with an afro tutorial but only used white models. And when Vogue said that the "big booty" was a rising trend. The list goes on and on, but it's not just magazines. There's a lack of inclusivity on the runway, in fashion campaigns and in the media industry.

This lack of diversity is something Harris-Perry believes everyone — influencers, editors and readers —  needs to change.

"We inherited a legacy of brutally racist cultural practices," Harris-Perry says. "We must be accountable to that legacy. We cannot pretend it does not exist, especially if we reproduce it, even inadvertently."