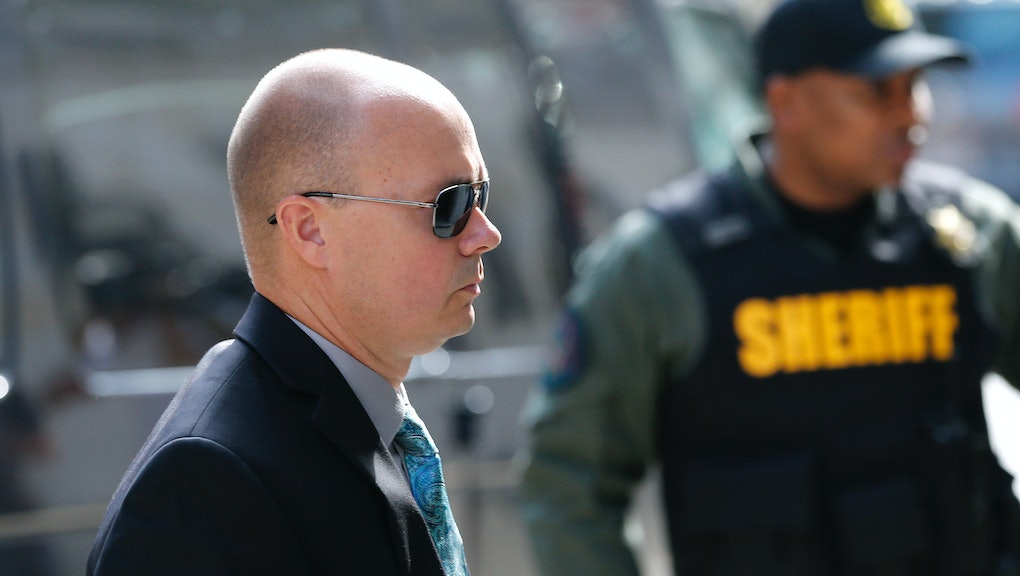 A judge in Baltimore ruled Monday that police Lt. Brian Rice is not guilty of involuntary manslaughter, official misconduct and reckless endangerment related to his role in an arrest that resulted in Freddie Gray's death in April 2015.

Rice, one of six officers charged in connection with Gray's death, had been accused failing to buckle the shackled 25-year-old black man into a police van seat. Rice was the officer who put Gray into the van on April 12, 2015, according to a CNN report.

Gray died a week later from severe neck and back injuries, as a result of his ride in the police van, sparking local and nationwide protests by Black Lives Matter activists.

The verdict marks the third time since May 2015, when the Baltimore prosecutor filed charges, that a Baltimore officer who has stood trial in connection with Gray's death has been acquitted. The judge's decision also comes at a moment of high tension between activists and law enforcement — the police shooting deaths of Alton Sterling and Philando Castile, as well as the deaths of officers in Dallas and Baton Rouge, Louisiana, that have occurred in the span of two weeks.

Judge Barry Williams acquitted Officers Edward Nero and Caesar Goodson of all charges, following their trials in May and June. A trial against Officer William Porter ended in a mistrial in December, on account of a hung jury, although local prosecutors plan to retry the case against him. Officer Garrett Miller and Sgt. Alicia White have trials scheduled for July 27 and Oct. 13.

Like Nero and Goodson, Rice requested a bench trial, in which a city judge — rather than a jury — issues the verdict. Earlier in the trial, Williams granted a defense motion to throw out an assault charge initially brought against Rice. On July 7, Prosecutors also dropped the charge of making an arrest without probable cause, after establishing Rice had no direct involvement in Gray's arrest, CNN reported.

Baltimore city prosecutor Marilyn Mosby has faced criticism over the strength of evidence to support the charges against the six Baltimore police officers.