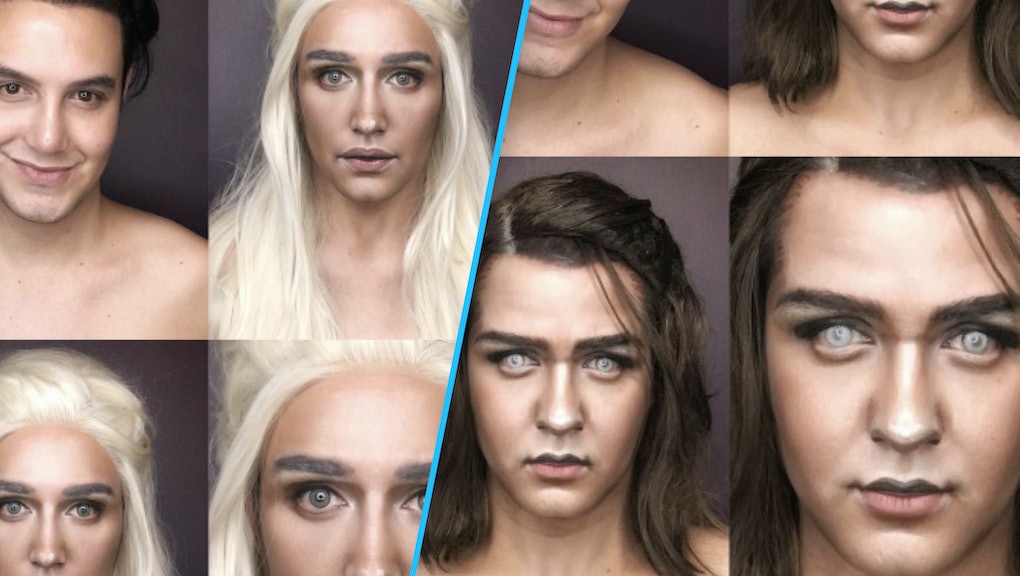 Game of Thrones fans, you have two options: You can idly sit around waiting a year for season 7, or, you can take cues from Paolo Ballesteros, and throw yourself right into Westeros.

Using makeup, contouring techniques and wigs, Ballesteros, a TV host and actor in the Philippines with over 1.7 million followers on Instagram, transformed himself into the show's various leading ladies, from Arya Stark, Daenerys Targaryen and, of course, Cersei Lannister.

"I start out by Googling pictures of the characters in different lighting to see the facial structures and contours," Ballesteros told Mashable about the process. By making his eyes bigger or further apart, shaping the size of his nostrils, and mastering the perfect complexion, his versions of the Emmy-winning series' characters are spot-on.

Who will be next? Tyrion Lannister? Catelyn Stark? If it's Jon Snow, maybe Ballesteros can draw his beard back onto his face.