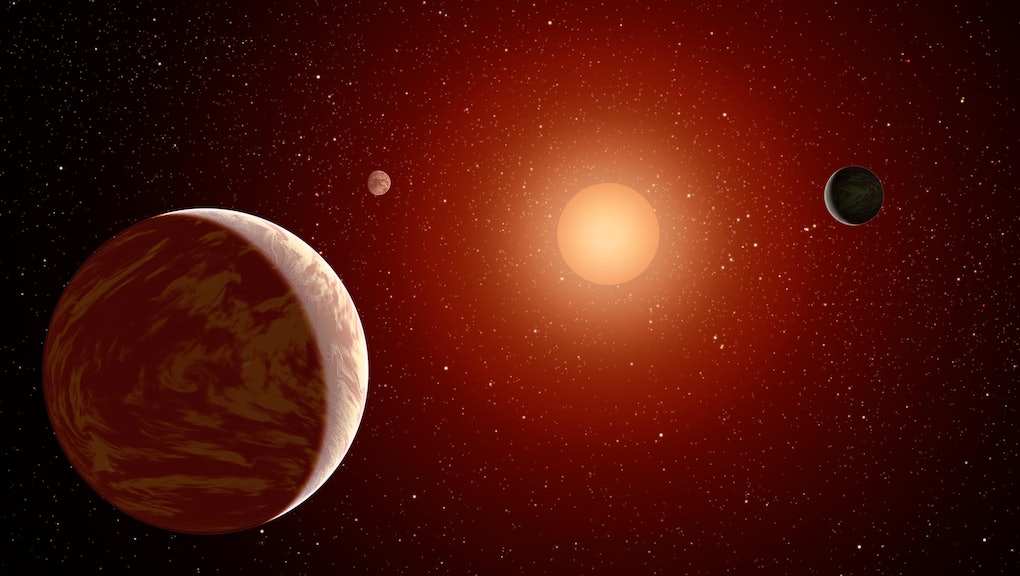 With an "Air Conditioning" System, Faraway Planets Could Become Habitable

New research has demonstrated that an entire class of exoplanets might be habitable after all.

Previously, most astronomers assumed these planets couldn't support life, since one side would always be too hot and the other side would always be too cold. Now, new computer models show tidally locked planets might have a natural "air conditioning" system that allows warm air to circulate to the night side and cool air to circulate to the warm side. The result is a warm planet that might be capable of supporting life.

"We built hundreds of computer models to examine this interaction," researcher Ludmila Carone said in a statement. "In an ideal situation, the cool air is transported from the night to the day side. On the latter side, the air is gradually heated by the star. This hot air rises to the upper layers of the atmosphere, where it is transported to the night side of the planet again."

This probably isn't the case for many of the planets, though. The research also showed that powerful currents in the upper atmosphere could stop warm air from reaching the cool, night side of the planet. In that case, the AC system would stop working and the planet would likely be uninhabitable.

However, there are some cases where that upper atmosphere current is blocked, and the air can circulate freely around the planet.

"Our models show that friction between the surface of the planet and the lower layers of the atmosphere can suppress these strong air currents," Carone explained in the statement. "When there is a lot of surface friction, the 'air conditioning' system still works."

As astronomers continue to hunt down more exoplanets and look for life beyond Earth, this research suggests even tidally locked planets are worth a closer look.