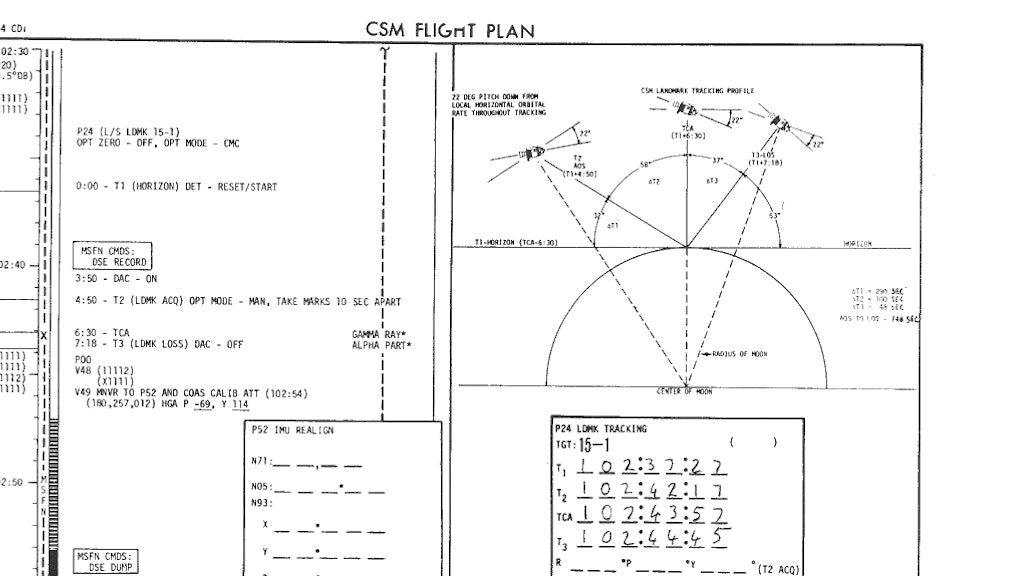 This Company Is Re-Creating the Original Apollo 11 Flight Plan

The original copies are mementos that belong to those who worked on the mission, according to Space.com. But now a company called Reproduction IO launched a Kickstarter campaign to re-create copies of the original flight plan for the Apollo 11 moon landing.

The group plans to use completely accurate fonts, paper and color, and redraw all the artwork to build an exact replica of the manual.

"In honor of this achievement we have set out to produce the highest quality reproduction of the Apollo 11 Final Flight Manual that was used by Mission Control, flight controllers, astronauts and supporting personnel around the globe throughout the Apollo 11 mission," the group wrote on the Kickstarter page. "We are starting from the beginning and reproducing every single page, using accurate fonts, colors, spacing and paper, as well as reproducing all vector graphics based on very high-resolution scans of the original Apollo 11 Final Flight Plan."

The project launched on July 6, and it's already well past its $11,274 fundraising goal.

You can already buy a copy of the flight plan, but Reproduction IO has "been disappointed with the quality of current reproductions available." So the company is re-creating each page manually.

If all goes according to plan, the copies should be ready for shipping sometime in December.