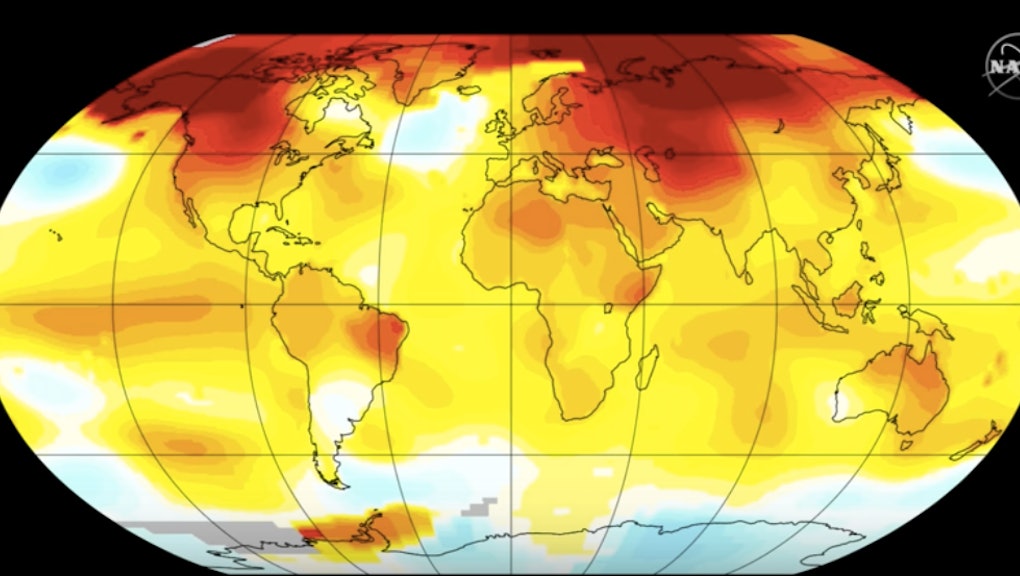 For the first time ever, NASA created a mid-year climate report — because this year is so goddamn out-of-control hot.

Every month so far this year has broken a temperature record, according to the report. Taken together, the first six months are also the warmest six months on record, with average temperatures about 1.3 degrees Celsius above late-19th-century temperatures.

Five out of six months also had record-low ice coverage in the Arctic since 1979, when regular record keeping began. Arctic sea ice during the summer is now about 40% less than it was in the late 1970s and early 1980s.

"Both trends are ultimately driven by rising concentrations of heat-trapping carbon dioxide and other greenhouse gases in the atmosphere," NASA explains.

Some have pointed to an unusually strong El Niño weather event as the reason this year has been so warm. NASA scientists say that's not the case though.

"While the El Niño event in the tropical Pacific this winter gave a boost to global temperatures from October onwards, it is the underlying trend which is producing these record numbers," said Gavin Schmidt, director of NASA's Goddard Institute for Space Studies.

2016 is on track to become the hottest year on record.