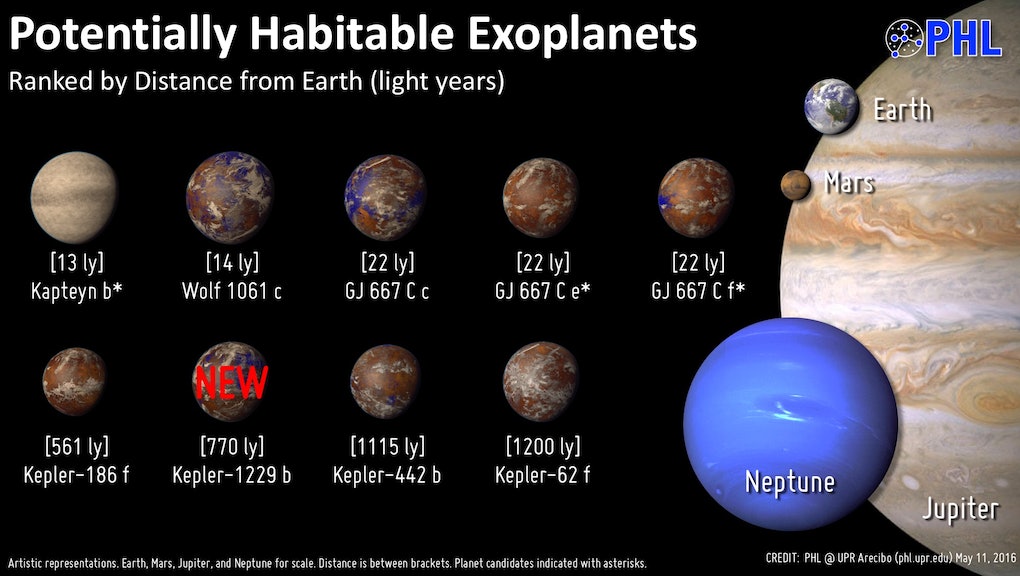 This Chart Shows the Planets Most Likely to Support Life

NASA's Kepler space telescope has already found thousands of planets outside our solar system. Some of these "exoplanets" are huge gas giants like Jupiter or small hellholes like Venus, but a few might have environments similar to Earth. And where we find Earth-like conditions, we just might find life.

Here are illustrations of the nine most likely planets to support life, based on data compiled by the Planetary Habitability Laboratory. Earth, Mars and Neptune are shown for scale:

Scientists have deemed dozens of exoplanets "potentially habitable," but these are the candidates closest to us. Their distance from us in light-years is noted in brackets.

We don't know too much about these worlds yet, but we do know they're all a little bit larger than Earth, and they're orbiting at a distance around stars that would allow liquid water to exist on their surface.

And as NASA likes to say, "Water is key because almost everywhere we find water on Earth, we find life."

The next generation of telescopes will help us tease out more details about these worlds, like what their atmosphere is made of and what their climate is like.