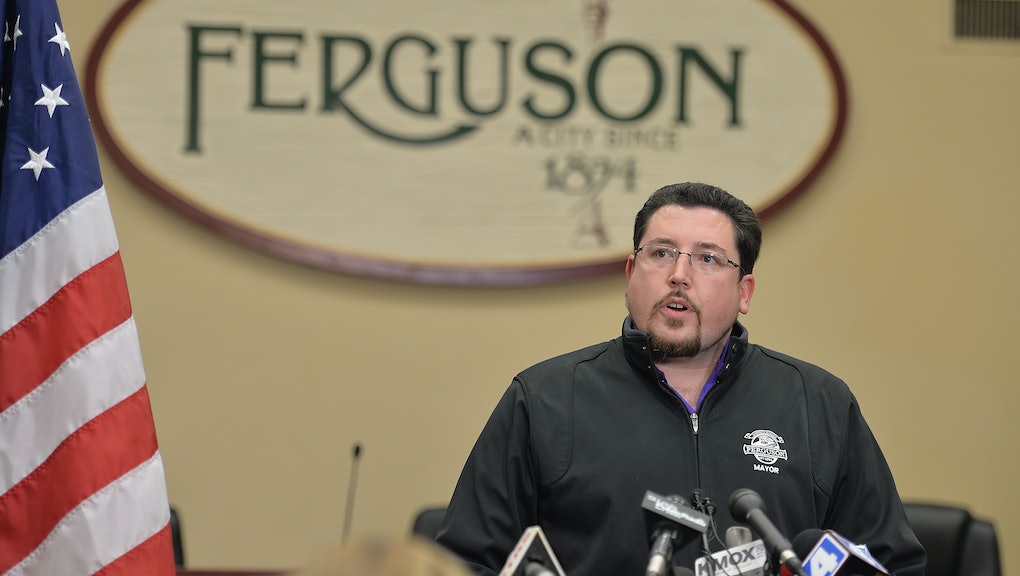 Here’s the Team That Will Monitor Ferguson, Missouri, to Make Sure Police Are Less Racist

Ferguson, Missouri, has to get rid of policing practices that the U.S. Department of Justice called racially biased in a scathing report last year. But police officers won't become less racist without some supervision.

On Monday, a federal judge named the team that will independently monitor Ferguson officials as they overhaul the police department that had been racially profiling, arresting and ticketing African-American residents in the majority-black city. Squire Patton Boggs, a Cleveland-based law firm, was announced as the monitor, the St. Louis Post-Dispatch reported.

Following the Aug. 9, 2014, shooting death of Michael Brown, an unarmed black teen killed by a white Ferguson police officer, the Justice Department launched a probe into the suburban St. Louis city's government. After federal investigators combed records and interviewed residents, they found Ferguson's police had routinely violated the constitutional rights of area residents by performing searches without reasonable suspicion and arresting people without probable cause.

The city's municipal courts were also operated as a revenue generator, levying fines and other costs on resident who failed to show up for court, the Justice Department said in its report.

Under threat of a federal lawsuit, in April, the city signed a consent decree with the DOJ allowing the monitors to oversee the reforms.

The facts that led to the consent decree disturbed Clark Kent Ervin, a former George W. Bush-appointed inspector general of the U.S. Departments of State and Homeland Security, who will lead the team monitoring Ferguson.

"I think any human being, any American, would be troubled by [the DOJ's findings]," Ervin told the Post-Dispatch.

He added: "All I can say is this matters enormously to me... Ferguson is particularly special because it has an iconic place in the national consciousness. Normally when people think of these types of abuses, they think of Ferguson."