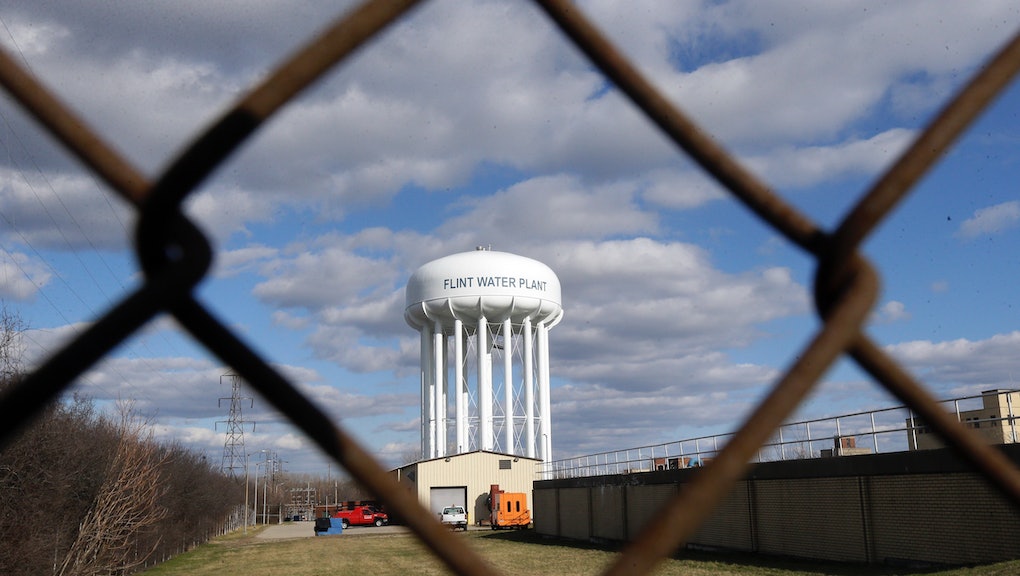 Two years after lead contaminated the water supply in Flint, a majority-black city in Michigan, charges were brought Friday against half a dozen state employees for alleged misconduct in office. Attorney General Bill Schuette filed the charges in state court, alleging that six workers had intentionally hid from the public the extent to which water contamination was affecting Flint residents, including schoolchildren.

"The result was water was poisoned and children have been exposed to extremely high levels of lead that will impact their development for the rest of their lives," Schuette said Friday in a press conference at the University of Michigan-Flint.

Among those facing charges are Department of Health and Human Service employees Nancy Peeler, Robert Scott and Corinne Miller, each of whom is being charged with misconduct in office, conspiring to commit misconduct in office and willful neglect of duty, the Detroit Free Press reported. The allegations are related to their allegedly concealing test results that showed high levels of lead in Flint residents' bloodstreams, as a result of a switch in city water suppliers.

Charges were also filed against Shekter Smith, a former chief of the state Office of Drinking Water and Municipal Assistance, and water officials Patrick Cook and Adam Rosenthal. They face charges ranging from misconduct in office and conspiracy to tamper with evidence, to actual tampering with evidence and willful neglect of duty of a public official, the Detroit News reported.

The misconduct charges are felonies in Michigan and carry penalties of up to five years in state prison, Schuette said Friday. So far, Smith is the only Michigan official who has been fired as a result of the water crisis in Flint, according to the News.

The water crisis in Flint began, in part, as a result of emergency management of the city's finances — an unpopular decision voted on by state lawmakers and approved by Gov. Rick Snyder. An emergency manager sought to save money on the Flint's water supply infrastructure, by switching the city's water source to a supplier that drew from the highly contaminated Flint River. Without the necessary chemicals to prevent pipe corrosion, dangerous levels of lead and other contaminants leeched into the water.

A year went by before officials took residents' complaints about the water seriously. In January, the crisis made international headlines, became a talking point among Republican and Democratic presidential candidates and attracted bottled water donations to Flint from around the world.

Asked to speculate as to why the criminally charged officials concealed the poisoning of Flint residents, Schuette said they may have viewed people in Flint as "expendable."

"I can't always ascertain the motives, but I'm going to make sure they're held accountable," he said at the press conference.

It's the second time charges have been announced against state workers in connection to Flint's water crisis. In April, city employee Mike Glasgow and state employees Stephen Busch and Mike Prysby were brought up on multiple charges related to the scandal, CNN reported.

Busch and Prysby have pleaded not guilty to charges alleging they misled federal regulators about the crisis, manipulated water sampling and tampered with official reports. Glasgow reached a plea deal in exchange for his cooperation with prosecutors.