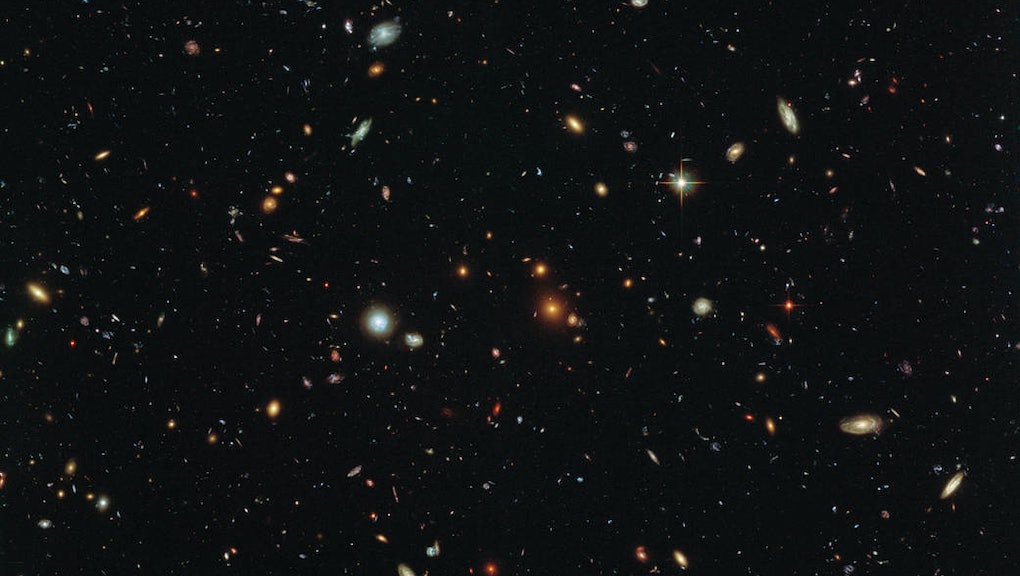 Here's what 'Stranger Things' gets wrong about multiple dimensions

Science fiction has always borrowed ideas from real science, and that's no exception in the new Netflix series Stranger Things, an '80s-set sci-fi horror about a boy who finds himself trapped in another dimension.

The show sticks pretty close to the real physics behind multiple dimensions, but it stumbles a little when it uses an analogy to try and explain the concept.

Dimension vs. universe: You've probably heard of the idea of parallel universes. Basically, the theory goes, there are an infinite amount of other universes, each slightly different than our own. For example, in one universe you might have divorced parents. In another universe, they're still together.

But Will Byers, the kid who disappears in Stranger Things, didn't get stuck in another universe — he's in another dimension, so it's a bit more complicated.

In physics, when you get beyond our three-dimensional world (four, if you include the dimension of time), some physicists theorize there are many more dimensions, and some might have other worlds wrapped up in them.

"Our universe appears to be three-dimensional to us, but it may have some small, curled-up extra dimensions, which we cannot resolve," cosmologist Alexander Vilenkin explained in an email.

In Stranger Things, the other characters figure out that Will has disappeared into one of those extra dimensions. They ask their science teacher if there's a way to access another dimension.

The teacher answers with an analogy, which we'll paraphrase. Imagine an acrobat is standing on a tightrope, he explains. The tightrope represents our dimension. Our dimension has rules: The acrobat (us) can only move forward or backward on the tightrope. But imagine there's a flea right next to the acrobat. The flea can also travel back and forth on the rope just like the acrobat. But the flea can also travel along the side of the rope, and can even go under the rope, upside-down. The flea is able to access other dimensions, but the acrobat isn't.

Does this analogy check out? It's definitely not perfect, cosmologist Ranga-Ram Chary explained in an email.

Even though it's flawed, Chary said, it's an OK analogy.

"I can live with it," he said. "Analogies are analogies — similar, but not exactly what one is trying to convey."

Are there other analogies we could use to explain multiple dimensions? Chary has a suggestion:

You are stuck in a traffic jam. You can only go forward, backward or change lanes.

You could also use a water hose, Vilenkin said.

The analogy that is often used to illustrate extra dimensions is a water hose. It looks like a line (one-dimensional) when viewed from a distance, but it is seen as a two-dimensional cylindrical surface by an ant who is crawling on it.

Could that actually work?

"Theoretically, yes," Chary said. "But if there are other dimensions, it requires a very large energy density (maybe what was there in the early stages after the Big Bang)."

Humans don't have the capability of creating that kind of energy right now, so we couldn't access another dimension unless something else cleared the way for us.

So if you ever stumble upon an opening to another dimension, be sure to leave the door open behind you.