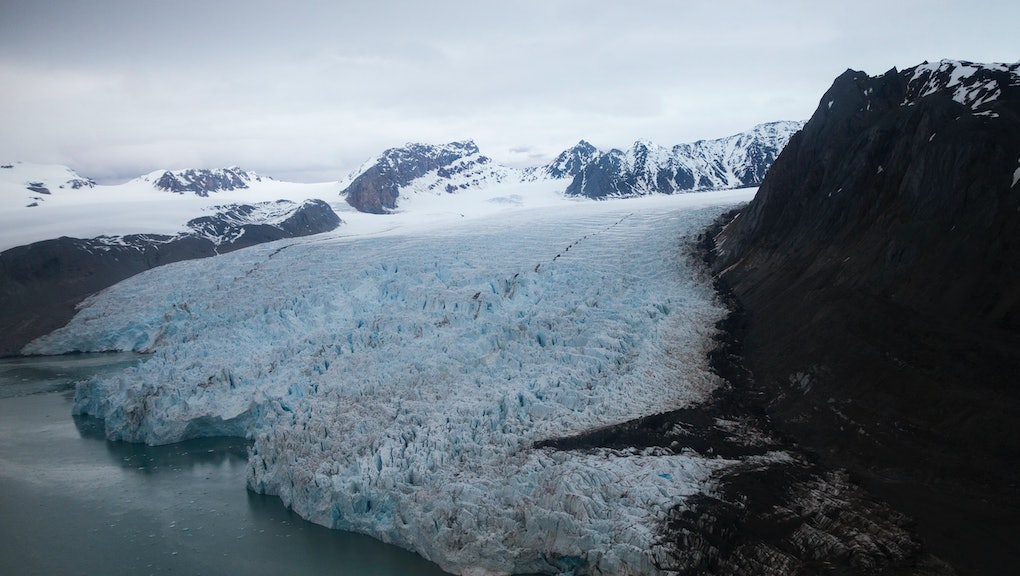 We're pushing the environment closer to the point of no return.

Sea levels are reaching all-time highs, global temperatures are shattering records and carbon dioxide levels are making history, according to data in a new report compiling research and analysis from 450 scientists.

The new "state of the climate" report from the National Oceanic and Atmospheric Administration shows that 2015 broke all kinds of weather- and climate-related records, and the consequences could be severe.

"The year 2015 saw the toppling of several symbolic mileposts," the report says.

Here are the major findings:

The Earth experienced its hottest year on record in 2015. The Earth is now a full degree Celsius warmer than pre-Industrial temperatures. And 2016 is already on its way to beat that record.

Greenhouse gas concentration was the highest on record. In 2015, Carbon dioxide over the Mauna Loa summit in Hawaii passed 400 parts per million for the first time ever. 400 ppm is considered the safe threshold for carbon dioxide concentration.

Scientists aren't sure about the long-term consequences these new records could usher in.

"The impacts of climate change are no longer subtle," Michael Mann, a climatologist at Penn State, told the Guardian. "They are playing out before us, in real time. The 2015 numbers drive that home."