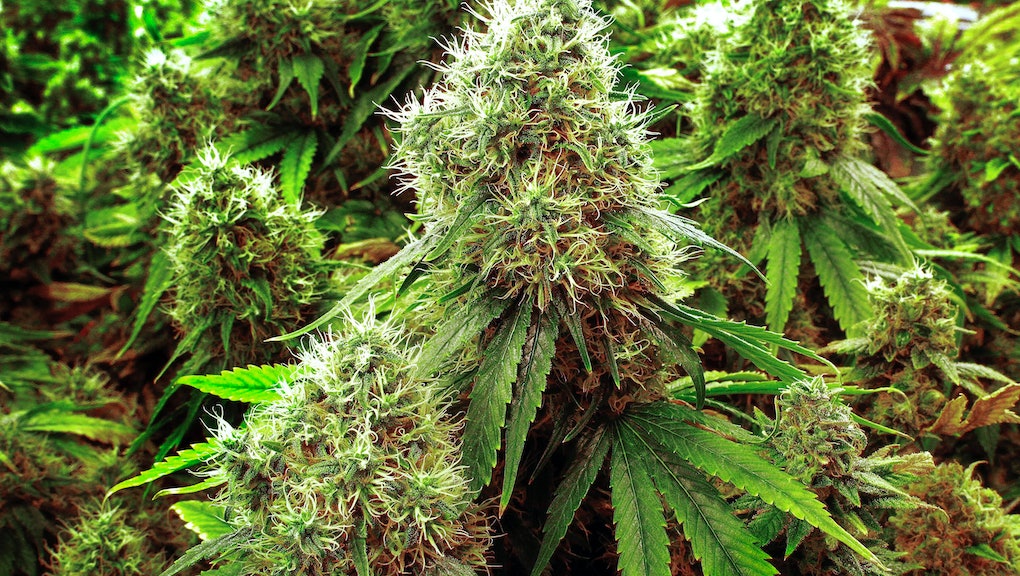 This Weed Artist Rolls Joints Worth Thousands of Dollars

Ever wonder what a $7,000 collection of joints looks like?

Given that the average price of a marijuana cigarette nets out at about $3.50, you might be imagining a quantity of weed approaching practical joke proportions.

The three pieces below are part of his latest and largest commission: A trio of munitions-inspired doobies sold for $7,000. The centerpiece is a replica of an AK-47, stuffed with a half-pound of ganja.

The buyer is a young "firearms enthusiast" from Florida, and the other pieces include a pistol and a grenade.

In a phone interview with Mic, Greenhand (a pseudonymous artist name) said he started getting paid to roll fancy joints three years ago, first for friends in the marijuana industry — and then for a broader audience, after his images started going viral in online stoner communities.

Greenhand said he gets so many requests these days that he starts rolling his first joint "within the first five minutes" of waking up every morning — weekends included — and keeps at it until sundown.

He also has a burgeoning consulting business. "I talk to people in basically every [marijuana-friendly] state. Help them format their businesses so that they run smoothly," he said.

Greenhand recently returned from Aspen, Colorado, for example, where he was helping out a dispensary.

"It's hard to figure out the assembly line style that you would need to have to produce a lot of joints effectively," he said. "Most have trouble making over a thousand over a week, and demand for pre-rolls is pretty high."

Though Greenhand wouldn't say exactly how much he makes per year selling his creations, he told Vocativ it's enough to "live comfortably."

There are obviously some tricky aspects to working in such a unique industry. Greenhand can't legally ship his creations across state lines, though he says he is able to ship hollow joint "sculptures" that customers can then fill with whatever they want.

Despite his typically grueling schedule, Greenhand says he will be taking Thursday off to celebrate his birthday — but "only because my girlfriend is making me."

You can watch the full documentary about this budding entrepreneur from Vocativ below.