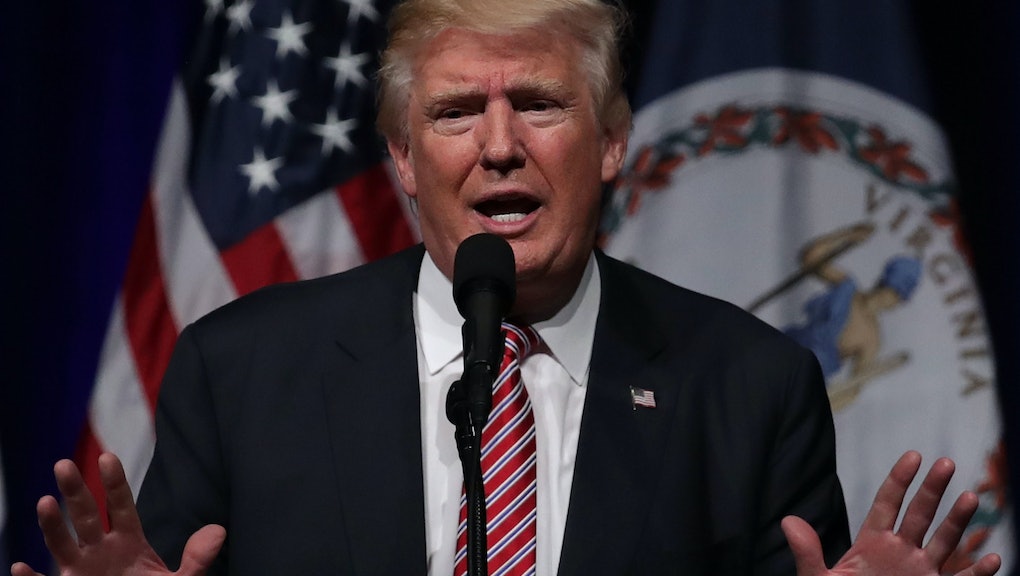 Trump can't make up his mind about NASA — that's dangerous

It's hard to figure out exactly what Republican nominee Donald Trump thinks about NASA and space exploration.

During his campaign, he's made lots of vaguely positive comments, calling space "terrific" and saying he "loves" what NASA stands for. Just last week, Trump hosted a Reddit AMA and said, "Honestly I think NASA is wonderful! America has always led the world in space exploration." Hell, a retired astronaut spoke at the Republican National Convention (though she didn't actually endorse Trump).

But other times, Trump has harsh criticisms and doubts about NASA's very purpose. In November, right after his space is "terrific" comment, Trump said fixing U.S. infrastructure is much more important than spending money on NASA.

This week, after his positive Reddit comments, Trump slammed NASA at a speech in Daytona Beach, Florida.

It's true that Florida was hit hard when NASA had to shut down its space shuttle program in 2011 and when the Obama administration canceled the Constellation program that would have sent astronauts back to the moon. Thousands of people lost their jobs.

But NASA is bouncing back. It's partnering with private companies like SpaceX and Boeing to start launching astronauts from American soil again. It just sent a probe to Pluto; another probe is orbiting Jupiter right now. NASA has plans to send humans to Mars.

The problem is, this won't happen without strong government leadership and a clear path forward.

NASA needs a strong, decisive president in order to be successful.

NASA relies on clear direction and realistic budget proposals from the president and support from Congress. The Obama administration directed NASA to send people to Mars, but the agency is struggling to do so with its current budget.

Based on an interview in Aerospace America, it doesn't seem likely Trump would make it any easier for NASA to get to Mars. He even suggested he'd reallocate funding away from the space program.

"What we spend in NASA should be appropriate for what we are asking them to do," Trump said. "We also have to balance our spending priorities based on our economic circumstances, and right now, those circumstances are quite challenging. Our first priority is to restore a strong economic base to this country. Then, we can have a discussion about spending."

Without clear direction and a realistic budget, the fate of NASA's future is up in the air.