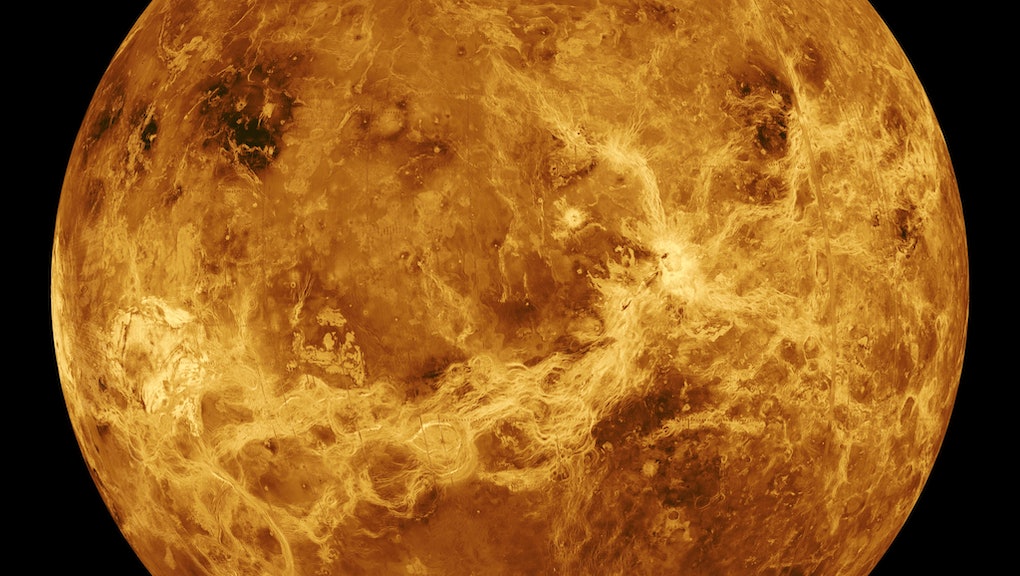 Venus May Have Once Been Habitable, New Research Suggests

New evidence suggests Venus was once a habitable place a lot like Earth — before it turned into the hellscape it is today.

Where we find water on Earth, we find life, so this research implies it's possible that life popped up on Venus in the past.

The study: Scientists came to this conclusion after using a computer program to simulate how the climate on Venus changed over time.

"At its current rotation period of 243 days, Venus' climate could have remained habitable until at least 715 million years ago if it hosted a shallow primordial ocean," the researchers wrote in the new study.

By adjusting things like the length of a day on the planet and the amount of sunlight it got, the researchers found that Venus may have once had a vast ocean and pleasant temperatures. In some simulations, Venus might have even had snowfall. That's a sharp contrast to its surface temperature now — 750 kelvins, or about 890 degrees Fahrenheit.

The problem: This theory hinges on something scientists haven't proven yet.

The research team assumed that Venus was spinning at the same rate billions of years ago as it was today for the climate simulations, but we don't know if that's the case. The Earth's rotation has been gradually slowing down over time, and the same might be true of Venus.

So what the heck happened to Venus? Scientists aren't sure what could have transformed the planet from an oasis into an inferno. NASA is considering sending a probe to Venus in the future, so we may learn more then.