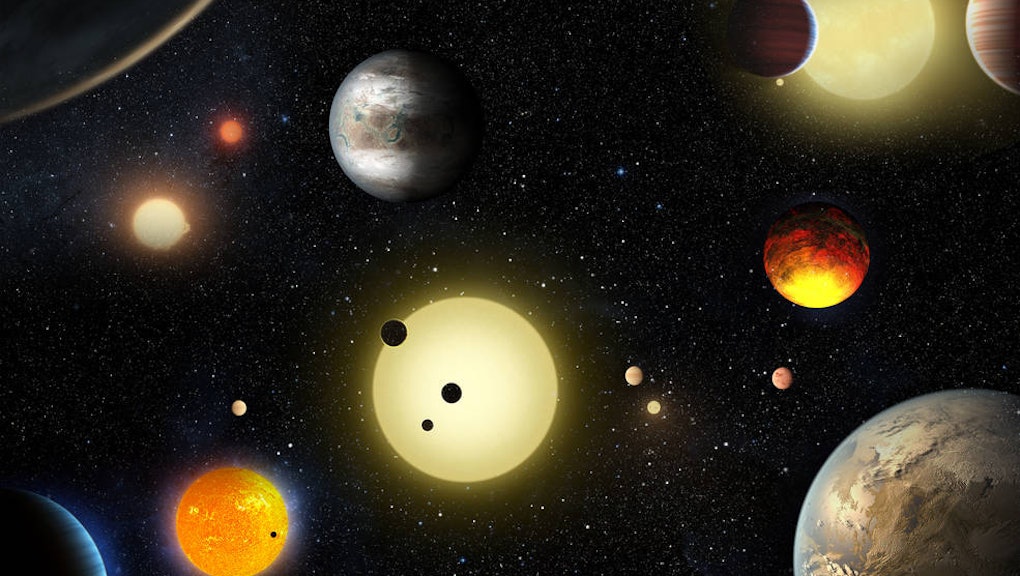 That "Alien Megastructure" Star Just Got Even More Mysterious

Scientists still can't rule out that "Tabby's star" is evidence of aliens, according to new research that makes the star even more mysterious than before.

The mysterious star is formally named KIC 8462852, but it was nicknamed Tabby's star after astronomer Tabetha Boyajian, who brought the discovery to light about a year ago. The star is intriguing because it exhibits a strange dimming pattern that scientists can't explain.

Initial observations showed the star was dimming at abnormal moments, and its brightness would suddenly, significantly dip. That led astronomers to propose that a giant "alien megastructure," like a Dyson sphere, might be blocking some of the light from the star.

The idea went viral. Other scientists tried to squash all the alien speculation by suggesting a field of comets whizzing past the star might be responsible for the dimming. However, another study, originally published in January, found the star had dimmed by about 20% over the last century, adding more support to the idea that aliens had built something around the star.

Now, yet another study has shown the star's light faded by about 0.34% per year during 1,000 days of Kepler observations. Then its brightness dimmed even more rapidly over the next 200 days.

So now there's a total of three bizarre dimming patterns that scientists have observed around Tabby's star.

"We can come up with scenarios that explain one or maybe two of these, but there's nothing that nicely explains all three," California Institute of Technology astronomer Benjamin Montet told New Scientist.

So for now, we still can't rule out that Tabby's star has an alien megastructure around it. Boyajian raised a successful Kickstarter fund for a long-term study to find out once and for all what's happening around the star.