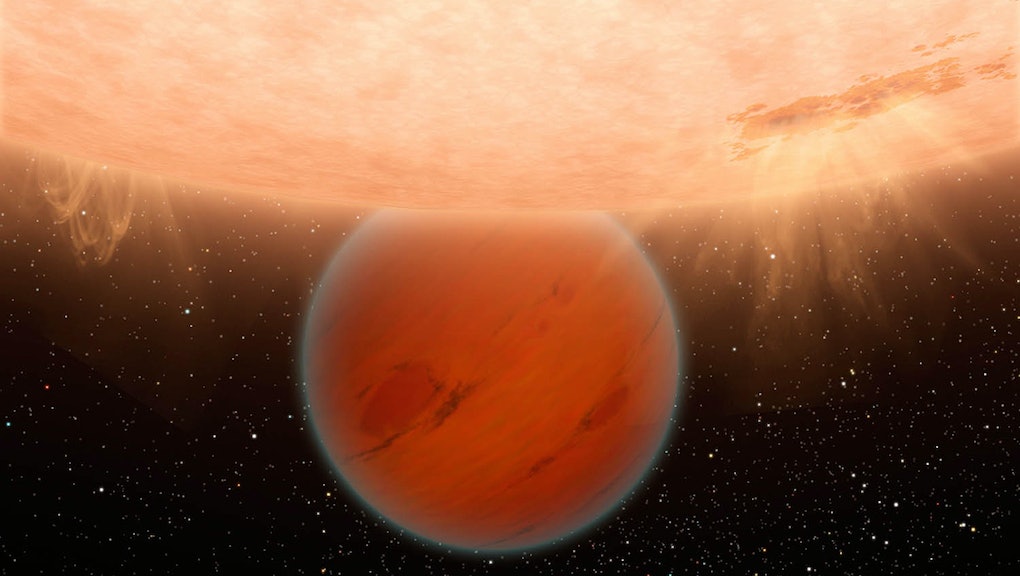 The Kepler space telescope has discovered thousands of exoplanets, and now its extended mission, called K2, has just returned data on an unusual exoplanet system about 380 light-years away.

Until now, K2 hadn't found any systems with more than three planets, but this newly discovered system has a whopping five planets orbiting a star called HIP 41378. Details of the discovery were published Thursday in the Astrophysical Journal Letters.

Three of the planets in the system are orbiting on the outer bounds around the star. One is Neptune-sized, one is a little smaller than Saturn and one is Jupiter-sized. The other two planets have tighter orbits, and astronomers estimated they're both smaller than Neptune.

According to the researchers, the new planet system is also unusual because it's orbiting a very bright star. The majority of Kepler-discovered systems orbit faint stars, so astronomers can't get a good look at the planets in any follow-up studies.

But HIP 41378 is very bright, which means this planet system is a good candidate for additional studies. Astronomers might actually be able to use the starlight to tease out details about the planets' atmospheres.

"HIP 41378 is a compelling candidate for follow-up observations due to its brightness, the accessible size of the planets and the system's rich architecture," the researchers concluded in their paper.

Specifically, one of the large outer planets, called HIP 41378 f, is perfect for additional research.

This planet system is a rare find now, but the researchers said in their paper the next generation of telescopes will make these kinds of discoveries routine.