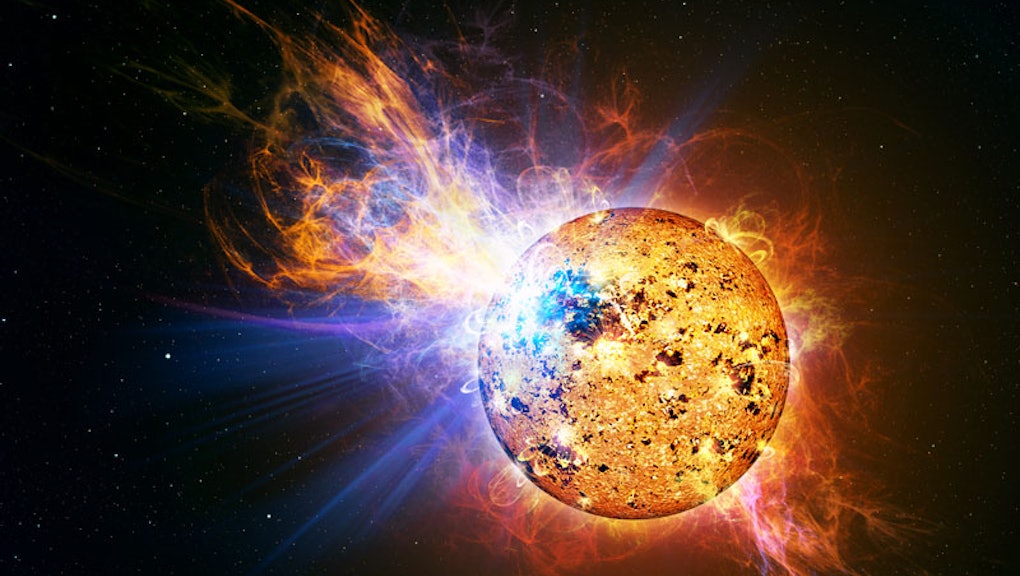 The sun unleashed a huge solar flare in 1967 that took out American radar and radio communications right in the middle of the Cold War. The resulting communication jam could have led to a devastating military conflict if scientists weren't standing by to explain what happened, according to a new history report in the journal Space Weather.

The solar flare caused a communication jam just five years after the Cuban missile crisis almost pushed U.S.-Russian relations to the breaking point. The U.S. Air Force thought the Soviet Union was responsible for the blackout, and it began prepping aircraft for a military response.

Luckily, space weather scientists were able to identify what really happened and explain it before things escalated.

"Had it not been for the fact that we had invested very early on in solar and geomagnetic storm observations and forecasting, the impact [of the storm] likely would have been much greater," lead author Delores Knipp said in a statement. "This was a lesson learned in how important it is to be prepared."

The flare almost triggered such a serious response because it interrupted three Ballistic Missile Early Warning System sites. Any kind of attack on those sites was considered an act of war by the U.S., according to the American Geophysical Union.

Fortunately, scientists had started studying solar activity in the '50s, and by 1967, the Air Force had an Air Weather Service branch. Retired Col. Arnold Snyder was a solar forecaster on duty that day. He said he remembers relaying the message when officials from the North American Aerospace Defense Command asked if there was any unusual solar activity happening.

"I specifically recall responding with excitement, 'Yes, half the sun has blown away,' and then related the event details in a calmer, more quantitative way," Snyder said in the statement.

As the solar flare lessened, the communication jam also started to lessen, which helped confirm that the sun caused the problem, not the Soviet Union.

This was a particularly powerful solar flare. It triggered a geomagnetic storm on Earth that disrupted communication for nearly a week and pushed the northern lights as far south as New Mexico, according to AGU.

Now we typically have some advance notice if a powerful solar flare is headed our way.