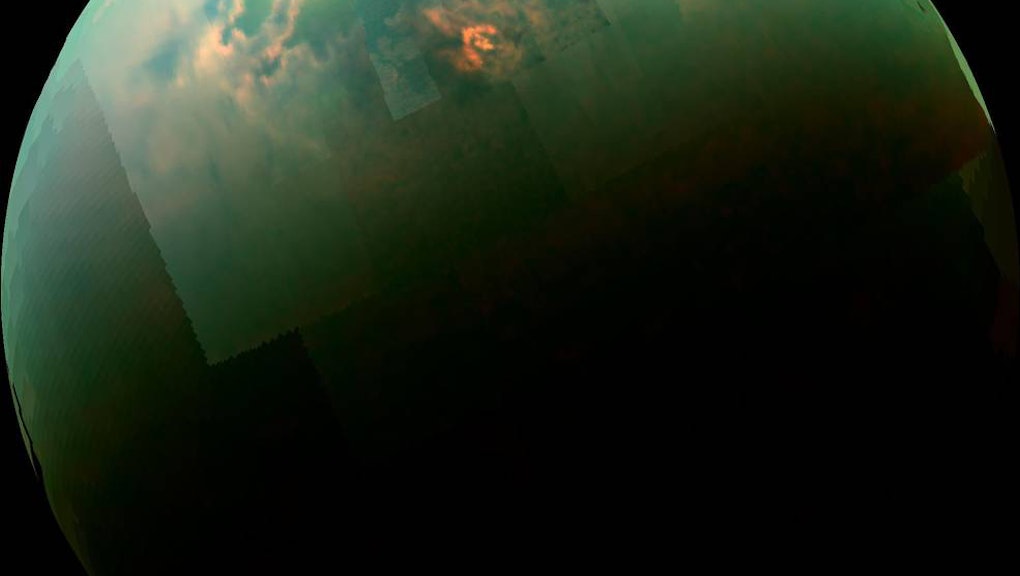 Scientists found evidence of deep, liquid-carved canyons on Titan, one of Saturn's moons.

Titan is unusual because it's the only other body in the solar system besides Earth that has liquid oceans and rivers on its surface. Instead of water, Titan is covered in liquid methane. Methane gas is found in things like natural gas, and livestock produce methane gas as part of their digestive process.

This new research is the first evidence that the liquid on Titan has carved out channels and canyons on the moon. Scientists estimate some of the canyon walls are hundreds of meters deep.

"Earth is warm and rocky, with rivers of water, while Titan is cold and icy, with rivers of methane. And yet it's remarkable that we find such similar features on both worlds," co-author Alex Hayes said in a statement.

The new research used data from the Cassini spacecraft that's orbiting Saturn. The researchers focused on the channels of liquid flowing out of Titan's sea Ligeia Mare. The canyons were mostly less than 0.5 miles across and the walls ranged from 790 to 1,870 feet high. For reference, the Grand Canyon is about 6,000 feet deep at its deepest point.

The channels and canyons appear dark just like Titan's lakes and seas, and scientists have now confirmed they're also flooded with liquid. Scientists think the canyons were caused by terrain uplift, sea-level change or a combination of the two.

Terrain uplift also helped create the Grand Canyon by speeding up erosion. The rising terrain caused the Colorado river to cut deep into the earth over several million years, according to NASA.

Researchers will continue to study the canyons on Titan and try to figure out a more complete picture of how they formed.