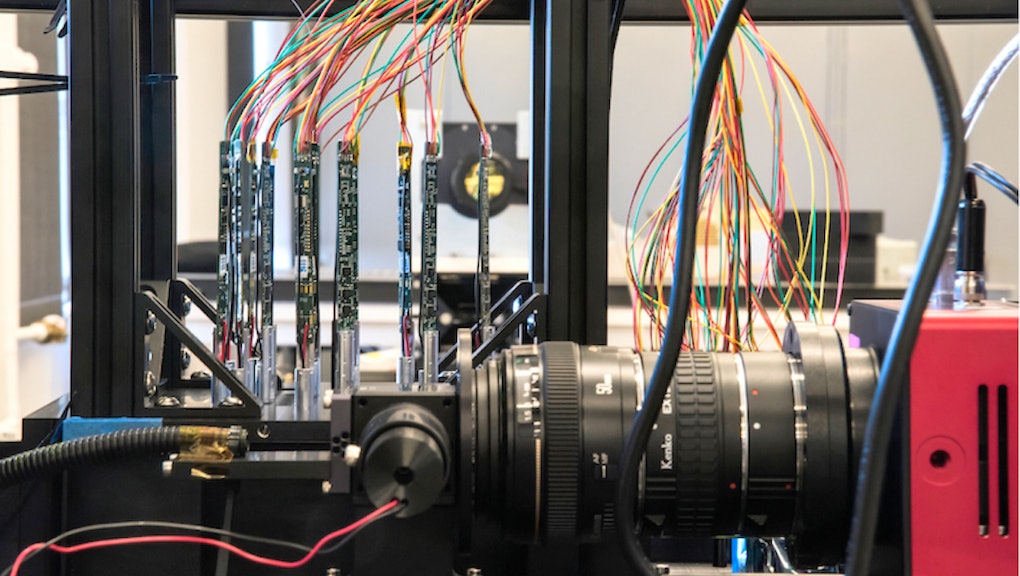 Scientists Are Creating a Machine to 3-D Map the Universe

A giant new 3-D sky-mapping instrument is going to measure the light from millions of galaxies across the universe and map 10 times more of the cosmos than its predecessor.

The Department of Energy just approved funding for 5,000 of DESI's 10-inch-long robots that will control a series of fiber optic cables and point them at clusters of galaxies. The light from the galaxies will feed into giant spectrographs that will analyze the wavelengths.

Those wavelength measurements will reveal galaxies' properties and the celestial objects in them. We'll also be able to map the spatial distribution of galaxies and see how the universe has evolved over time.

"The DESI map of galaxies will reveal patterns that result from the interplay of pressure and gravity in the first 400,000 years after the Big Bang," Daniel Eisenstein, a DESI spokesperson, said in a statement. "We'll be using these subtle fingerprints to study the expansion history of the universe."

Some observational studies, called imaging surveys, are already laying groundwork and scanning the galaxies that DESI will map.

"I like to think of the imaging surveys as building the 2-D maps, while DESI adds the third dimension," Dustin Lang, a DESI imaging scientist, said in the statement. "The crucial third dimension allows us to measure how galaxies cluster together in space over the history of the universe."

Scientists hope to have DESI up and running in January 2019 where it will be installed at the Mayall Telescope in Arizona. It will map one-third of the sky in just five years.