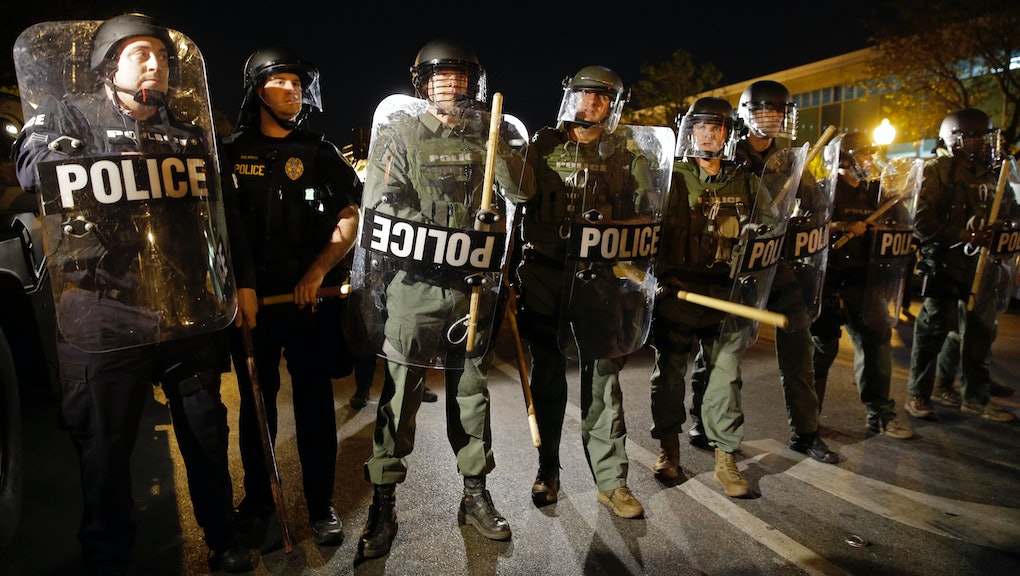 Last year's police-involved death of Freddie Gray prompted a federal investigation, through which the community this week learned just how racist and unjust the Baltimore Police Department has been toward residents of the majority-black city. But what it also uncovered was the police department's awful treatment toward sexual assault victims and transgender women.

READ: The full DOJ report on the Baltimore Police Department

The report cites interviews with victims and victims' advocate who alleged Baltimore officers engaged in victim-blaming and were openly transphobic while on duty. National anti-sexual assault and transgender rights activists have previously cited poor training and anti-LGBTQ stigma among officers as the reason why so few victims will come forward to report assault to the police. Many fear being victimized all over again by police, advocates have said.

Officers made victims feel personally responsible for the repercussions of reporting sexual assault.

While Baltimore police detectives interviewed women reporting sexual assault, some asked questions such as "Why are you messing that guy's life up," according to the report. It goes on:

We also reviewed email correspondence between a BPD officer and a prosecutor in which they openly expressed their contempt for and disbelief of a woman who had reported a sexual assault: The prosecutor wrote that "this case is crazy ... I am not excited about charging it. This victim seems like a conniving little whore. (pardon my language)."; the BPD officer replied, "Lmao! I feel the same."

Officers disrespected transgender women by publicly demeaning them and referring to them with the wrong pronouns.

One transgender woman, for example, described an incident after a traffic stop in December 2015 in which she was asked by the officer whether she identified as male or female, and told the officer that she identified as female. Despite her response, the arresting officer then said to another officer at the scene, "Well, are you going to transport him?" ... The same transgender woman described above, for example, alleged that when she arrived at intake, the female supervisor who was called to search her said, "I am not here for this shit. I am not searching that." When she then tried to ask the supervisor to show her some respect, the supervisor said, "Like I said, I don't know you. I don't know if you're a boy or a girl. And I really don't care, I am not searching you."

The status quo would continue "[compromising] the effectiveness and impartiality of [the department's] response to reports of sexual assault," the authors wrote.