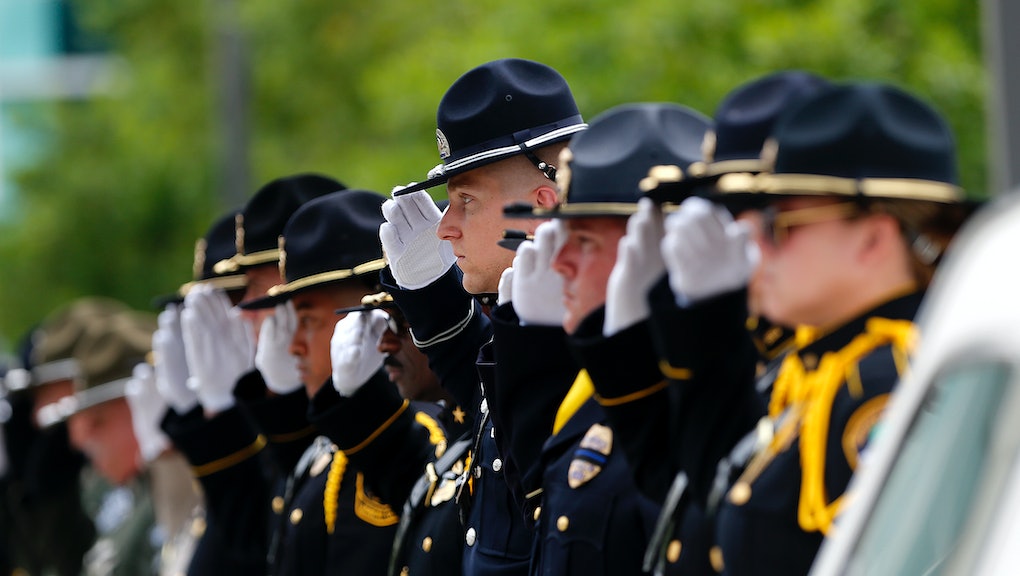 How Many US Police Officers Are Killed Each Year? Ambushes Are Rarer Than You Think

So-called "Blue Lives Matter" laws popping up in states around the U.S. have been prompted by law enforcement groups' claims that hate-inspired felonious assaults on police are on the rise. That claim hasn't been widely challenged in the wake of the fatal ambush of eight police officers in Dallas and Baton Rouge, Louisiana, in July.

But it's simply not true that more police officers are being killed feloniously in recent years, according to FBI statistics on police line-of-duty deaths. In fact, the number of police officers who are intentionally ambushed each year fell to its lowest level in 2015.

In May, the FBI said the number of law enforcement officers feloniously killed in the line of duty decreased by 20% in 2015. Under the Obama administration, the average number of police killed each year, from 2008 to 2015, averaged 62.

Data crunched and visualized on the Post's Wonkblog show the trend:

The Post reported that including the year-to-date deaths of officers in 2016 wouldn't change the fact that such killings are at their lowest level.