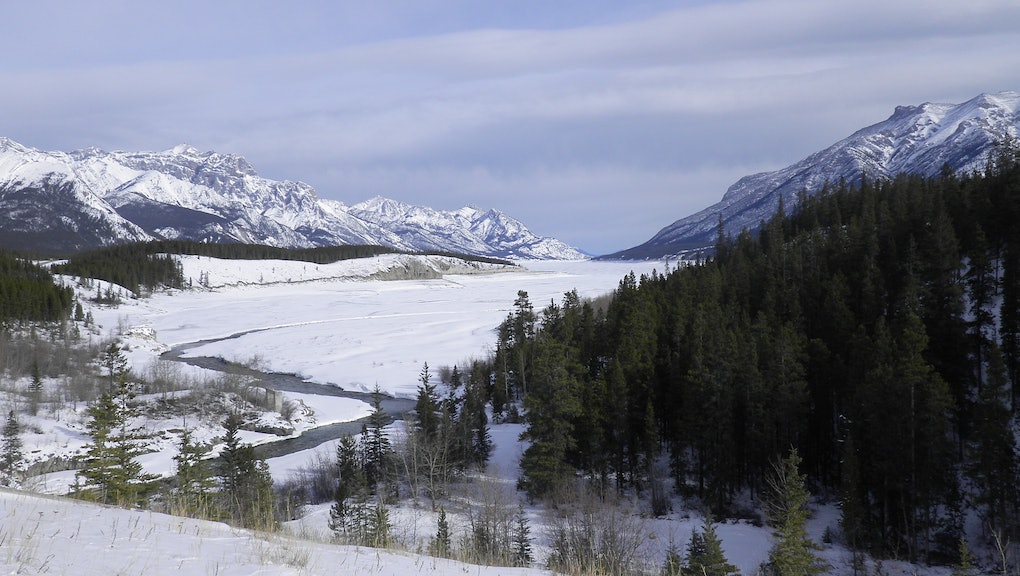 In a new study published in the journal Nature, scientists pulled ice cores from deep underground to study the kind of life and vegetation that inhabited the land bridge area thousands of years ago.

They found that the area wasn't colonized by any plants and animals between 14,000 and 15,000 years ago when humans would have been passing through. That means the area wouldn't have been able to support human travelers.

"Our findings reveal that the first Americans... are unlikely to have travelled by this route into the Americas," the researchers write in the study. "However, later groups may have used this north–south passageway."

Instead, it's more likely that humans traveled along the coast in boats. Scientists have even found remains of ancient campsites along the shore.