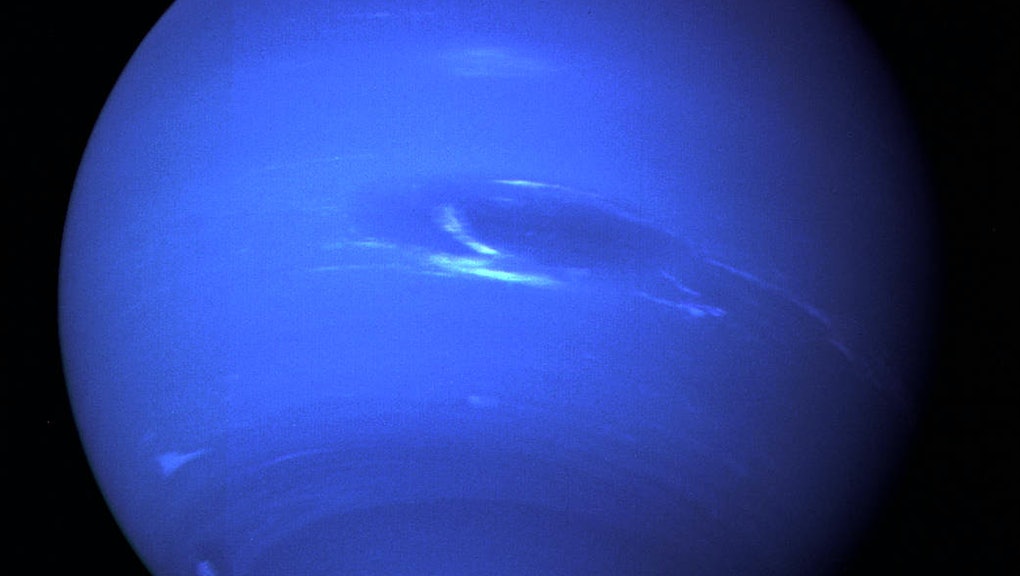 There's a strange object floating around the outer edge of our solar system, and it's breaking all kinds of astronomical rules. Scientists have nicknamed the object Niku, after the Chinese adjective for rebellious.

Niku is what scientists call a trans-Neptunian object, which are small rocky bodies that orbit out beyond Neptune. This TNO doesn't act like the thousands of others in our solar system though.

For starters, Niku is orbiting the sun on a different plane than the planets and other TNOs. Its path is tilted about 110 degrees from the disc that the planets orbit on.

Niku also has a retrograde orbit, which means it's orbiting in the opposite direction of the planets and most TNOs.

"It suggests that there's more going on in the outer solar system than we're fully aware of," astrophysicist Matthew Holman told New Scientist.

Researchers think Niku may have collided with something to knock it off the normal orbital path, or another larger object's gravitational pull tugged it into a strange orbit. It's also possible that Niku is part of a whole fleet of rogue TNOs orbiting in retrograde, according to the study.

The team tested to see if the rumored (but so far undiscovered) ninth planet in the solar system could be influencing Niku, but their models suggest Niku is outside the hypothetical planet's gravitational influence.

The research hasn't been submitted for peer review yet, and the team says they'll need to do more research to figure out what's causing Niku's strange behavior.