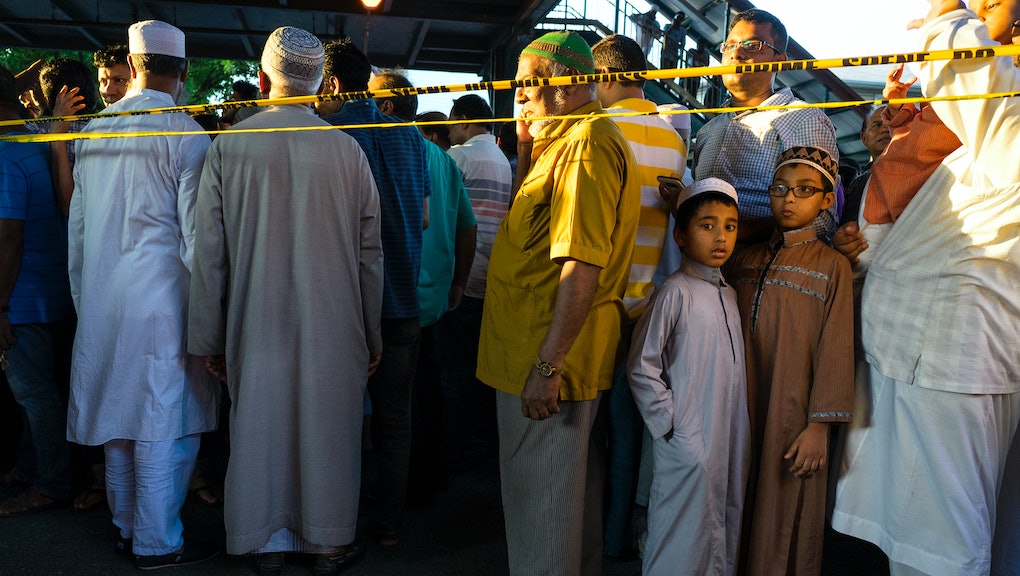 After Fatal Shooting of Imam in Queens, People Are Showing Support With #IllWalkWithYou

People from across the United States are posting on Twitter to show solidarity and support for the Muslim community after an Imam and his assistant were killed in Queens, New York, in what some believe to be a hate crime.

With #IllWalkWithYou, Twitter users from Brooklyn to Anchorage to Chicago have come together in an outpouring of support to offer protection and camaraderie to their Muslim neighbors.

The incident that sparked the hashtag occurred when Imam Alala Uddin Akongi of Queens and his assistant, Thara Uddin, were shot on Saturday by a so-far unknown assailant after leaving Al-Furqan Jame Masjid Mosque in the Ozone Park neighborhood.

"That's not what America is about," Khairul Islam, 33, told the New York Daily News. "We blame Donald Trump for this . . . Trump and his drama has created Islamophobia."

The movement is similar to one that took off in Australia in late 2014, after an armed gunman held up an Islamic flag in the Sydney cafe where he had taken hostages.

Australia's Muslim population worried that the incident might ignite a fresh wave of Islamophobia, but instead, the hashtag campaign #IllRideWithYou was created as a show of compassion and support for the community as a whole.

But despite the hashtag love that has surfaced for the two men murdered in Queens, community members still find themselves shaken and looking for answers.

"I'm not sure what kind of an animal would kill that man," 26-year-old Rahi Majid told the Daily News. "He would not hurt a fly. You would watch him come down the street and watch the peace he brings."