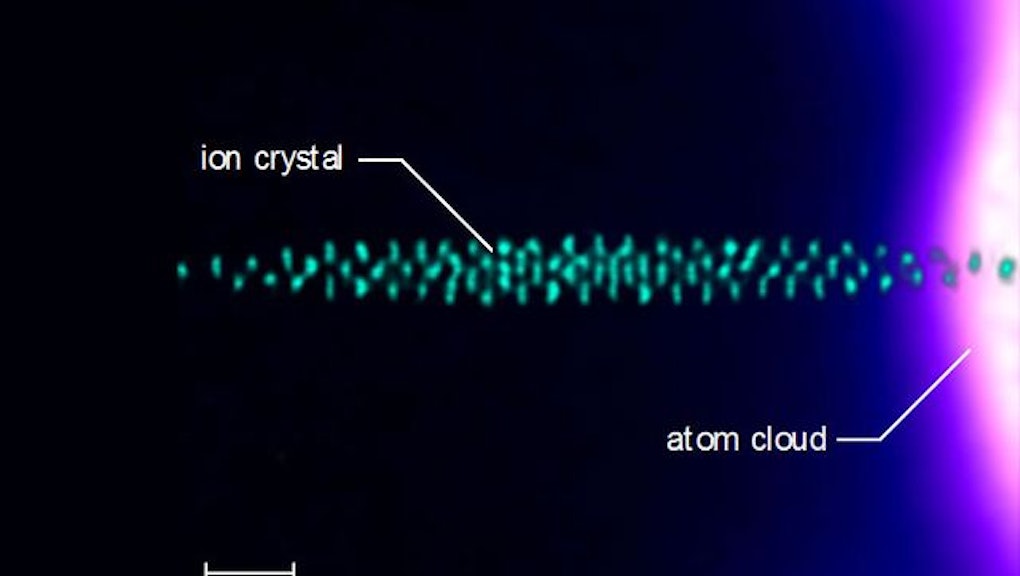 Physicists discovered particles with 'departure from the familiar laws of thermodynamics'

New research published in the journal Nature Communications shows that the laws of thermodynamics might be a little more nuanced than we thought.

Thermodynamics, as we understand it today, means that if you place a hot object outside in the cold winter air, it will cool down to the temperature of its surroundings by transferring its energy to the environment.

Physicists take advantage of this property to cool down charged particles so that they're easier to study. They take charged particles, called ions, and surround them in a cloud of super-cooled atoms. It's a process called buffer gas cooling, according to the University of California, Los Angeles (UCLA).

However, new research shows that the ions don't cool all the way to the atoms' temperature. In some cases, the ions reach different final temperatures.

Lead author Eric Hudson compared the different final temperatures to how a hot apple pie should behave when it's set by a cool window. Normally the pie would cool and become the same temperature as the surrounding air.

"This apparent departure from the familiar laws of thermodynamics is akin to our warm apple pie either cooling as expected or spontaneously bursting into flames, depending on the pie's exact temperature when it is placed in the window," Hudson said in a statement.

For the experiment, researchers put barium ions in a cloud of super-cooled calcium atoms.

Both the ions and atoms were chilled to just a few degrees above absolute zero. Then after the ions and atoms bounced around and were allowed to collide, the physicists removed the atoms and measured the temperature of the ions. They were surprised to discover multiple final temperatures among the ions, depending on the number of ions that were cooled at once and what their starting temperature was, according to UCLA. It suggests that buffer gas cooling is a much more complex process than we thought it was.

The results have implications for future research that relies on this cooling technique. It "could result in ion temperatures significantly greater than that of the buffer gas," the researchers write in the study.

"Of course, this work does not violate the laws of thermodynamics, but it does demonstrate there are still some interesting, potentially useful things to learn about buffer gas cooling," John Gillaspy, a physicist who worked on the study, said in a statement.