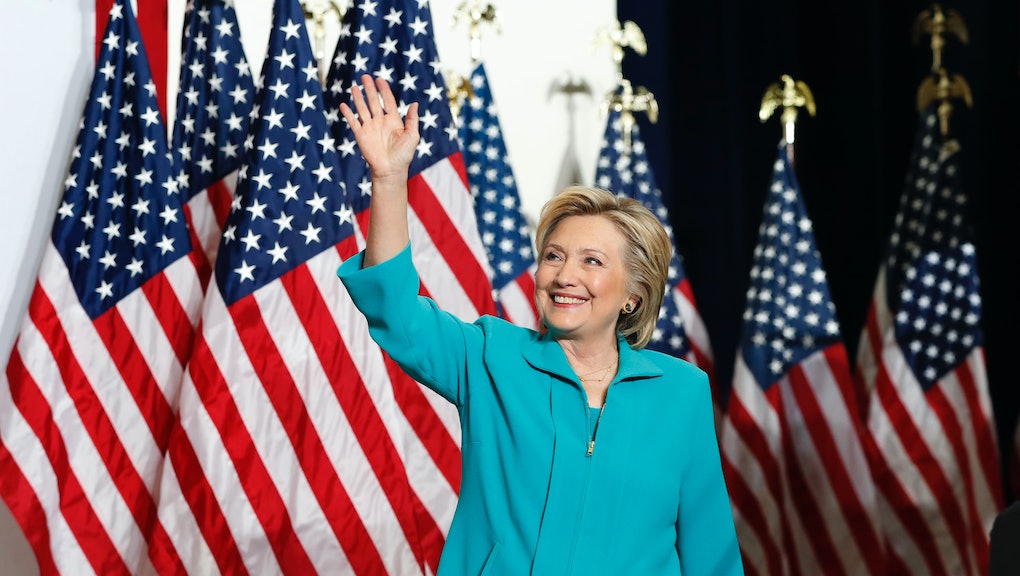 Hillary Clinton tore into Donald Trump on Thursday at a speech in Reno, Nevada, saying the Republican nominee's campaign has been built "on prejudice and paranoia" and made "hate groups mainstream," behavior she said paints a "disturbing preview of what kind of president he'd be."

Clinton's remarks come during a week in which Trump has sought to improve his standing among minority voters and shed the image many voters have of the GOP nominee: that he's a racist.

But Clinton attempted to peel the mask off the new, scripted Trump that's emerged after his latest campaign shake-up, telling voters, "He may have some new people putting new words in his mouth... but we know where he stands."

Throughout her speech, Clinton reminded voters of the past racial entanglements Trump has found himself in — not only over the course of his campaign, but in his life before politics.

She spoke about his campaign announcement in which he called Mexicans "rapists"; the spat with a judge of Mexican heritage who Trump said could not fairly preside over a Trump lawsuit because Trump is "building a wall"; and reminded voters that Trump was one of the most vocal "birthers" who touted false conspiracies that President Barack Obama was not an American citizen.

She brought up his history of retweeting white supremacists and using anti-Semitic memes, as well as the civil rights lawsuit his real estate empire was hit with in the 1970s, when it was accused of denying housing to prospective minority tenants.

"There's an old Mexican proverb that says 'Tell me with whom you walk, and I will tell you who you are,'" Clinton said. "We know who Trump is. A few words on a teleprompter won't change that."

Clinton's speech also included a direct appeal to Republican voters who may be swayed by the scripted Trump who has emerged over the past week.

Trump delivered a prebuttal to Clinton's speech, telling a rally in New Hampshire that Clinton was trying to "smear" Trump supporters and calling it "the oldest play in the Democratic playbook."

However, Trump does have an image issue around race.

Trump also trails Clinton massively among nonwhite voters, garnering just 15% of the nonwhite vote as opposed to Clinton's 77%, according to the Quinnipiac survey.