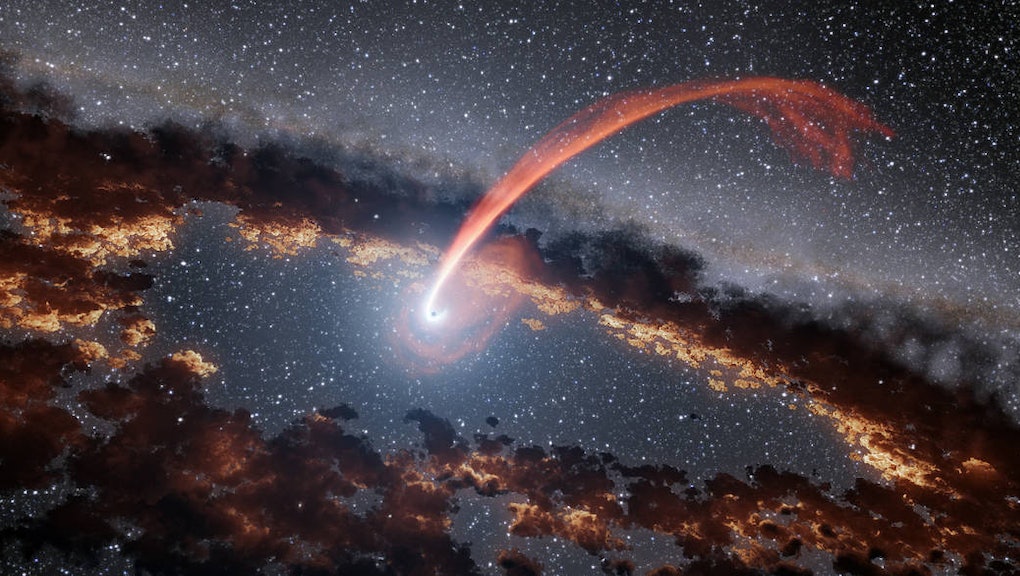 When a star drifts too close to a black hole, it meets a grisly fate. The black hole stretches out the star and eventually swallows it up. The violent feeding frenzy is called a "stellar tidal disruption," according to NASA. The event generates a massive amount of energy and huge flares of high-energy radiation.

Previously, we didn't know much about tidal disruptions because it's hard to catch a black hole in the act of devouring a star. Now a team of researchers has captured how the dust surrounding black holes absorbs and reflects the flares produced by a tidal disruption.

Essentially, the researchers captured the first echoes of a black hole devouring a star.

"This is the first time we have clearly seen the infrared light echoes from multiple tidal disruption events," Sjoert van Velzen, lead author on the new study, said in a statement.

After a tidal disruption, the high-radiation flares destroy most of the immediate surrounding dust particles. But farther out from the center of the black hole, the flares become less intense. Dust farther from the center gets heated by the flares, but not destroyed.

The heated dust gives off infrared radiation that telescopes can pick up. This is useful because astronomers can use the radiation signatures to get an idea of how much energy was created in the tidal disruption.

"Our study confirms that the dust is there, and that we can use it to determine how much energy was generated in the destruction of the star," co-author Varoujan Gorjian said in the statement.

The research will help scientists better understand tidal disruptions and what happens when stars stray too close to black holes.