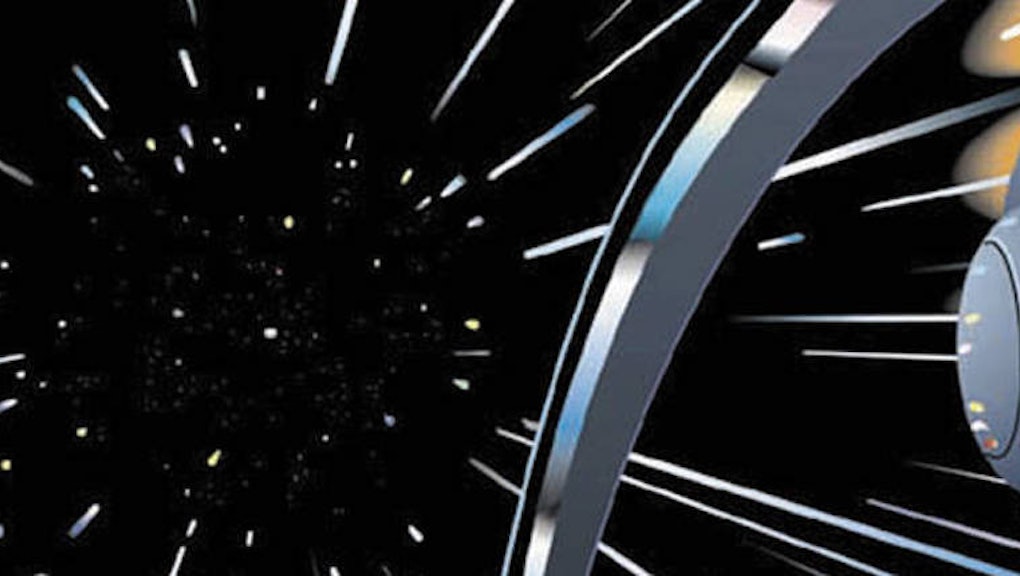 The 'impossible' EM Drive is about to be tested in space

The EM Drive is one of the most controversial pieces of technology in the realm of space science, and it's about to be put to the test for the first time.

Theoretically, the EM Drive can generate thrust without producing exhaust. That means it's basically a rocket engine that runs without rocket fuel. Scientists who have studied the theories behind it say an EM Drive could take a spacecraft all the way to Mars in just 10 weeks running on zero rocket fuel.

Many scientists have called bullshit. They say the EM Drive is fundamentally flawed and doesn't follow the rules of basic physics. Isaac Newton's third law of motion states "for every action there's an equal and opposite reaction." The EM Drive would presumably violate this law.

However, preliminary tests in a NASA lab in Texas suggest that the EM Drive is not only possible — scientists may have actually built a working prototype.

The EM Drive, which researcher Roger Shawyer first came up with in 1999, works by bouncing microwaves around a chamber to generate thrust.

That's not how NASA's prototype is behaving though. The drive "is producing a force that is not attributable to any classical electromagnetic phenomenon," NASA researchers wrote in an unpublished paper last year. So the EM Drive might look like it's working, but the researchers have no idea how it's working.

But there are rumors that NASA is about to drop a peer-reviewed study of the drive that details the tests it's been conducting over the past few months.

Now one of the drives that NASA has tested, called the Cannae drive (an engine based on Shawyer's original EM Drive design), is set to launch onboard a miniature satellite. There's no official launch date yet, but it could happen in 2017, according to Popular Mechanics.

If the EM Drive is successful, then it's possible that space travel is about to become incredibly fast. Or the engine might totally fail once it's put to the test in space.

We'll have to wait and see what happens.