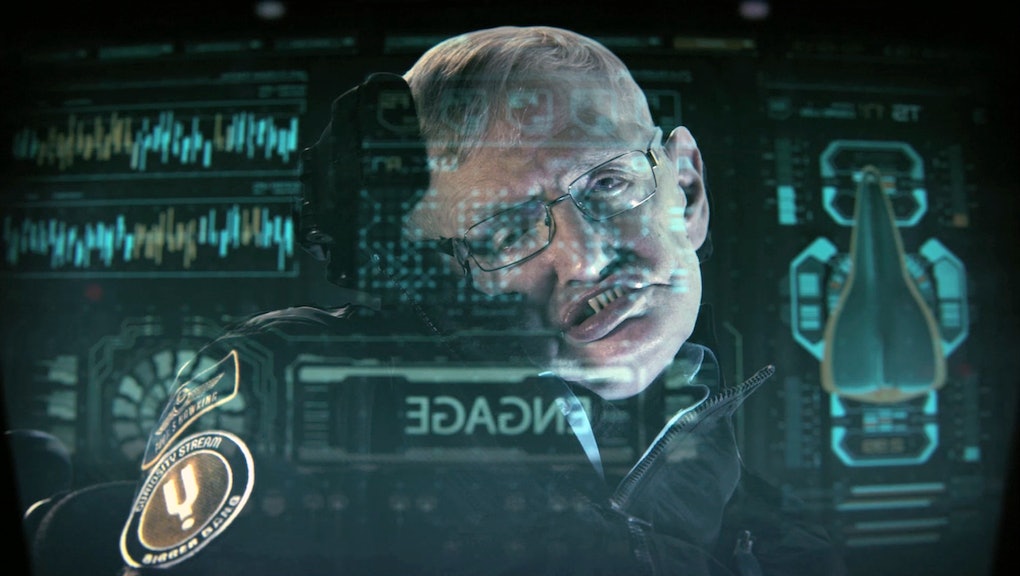 Stephen Hawking is really worried about aliens, but here’s why he shouldn’t be

Physicist Stephen Hawking has issued yet another warning regarding how aliens could be incredibly dangerous and why we'd be foolish to try and communicate with them.

"If intelligent life has evolved (on a nearby exoplanet), we should be able to hear it," Hawking says in a new online film, titled Stephen Hawking's Favorite Places. "One day we might receive a signal from a planet like this, but we should be wary of answering back. Meeting an advanced civilization could be like Native Americans encountering Columbus. That didn't turn out so well."

"Meeting an advanced civilization could be like Native Americans encountering Columbus. That didn't turn out so well."

Hawking thinks we'd be much safer taking an isolationist approach. But there are a lot of reasons his argument could be wrong, according to other experts in the field.

1. Aliens probably already know we're here, but they haven't attacked us yet.

We've already been continually broadcasting our position to aliens for years through things like television and airport radar. If there's an advanced civilization out there that can pick up those signals, then they probably already know we're here, Seth Shostak, an astronomer at the Search for Extraterrestrial Intelligence Institute, told the Guardian.

The closest star system to our solar system is roughly 25 trillion miles away. If there's an alien species that has developed the sort of super-advanced technology required to pick up broadcasts from Earth, then chances are they have the technical ability to travel to Earth and snuff us out in an instant.

They haven't bothered to destroy Earth yet, so where's the harm in trying to communicate with them?

2. Aliens could have pillaged Earth long ago if they wanted.

Hawking's Columbus-Native American analogy implies that he thinks maybe aliens would be interested in stealing the resources we have here on Earth.

If you assume that alien life is likely to exist, given that there are trillions of other planets in our galaxy and trillions of other galaxies in the universe, then it's entirely possible that Earth is somewhere in the middle of the evolution of life in the universe. There could be much more advanced species that have been around far longer than us. Such species would have had plenty of time to harvest Earth's resources long before life began.

"If resources are the motivating factor, then at least one group of aliens would surely have spotted Earth as a desirable destination millions of years ago and come here when they could have had the planet for the asking, without pesky humans to complicate the takeover," Paul Davies, a professor at Arizona State University, wrote for the Wall Street Journal in 2010.

3. Any advanced alien life out there is probably relatively friendly.

SETI scientist Jill Tarter has pointed out that humans have become kinder and gentler than we were in the past. It's an argument laid out in psychologist Stephen Pinker's book The Better Angels of Our Nature: Why Violence Has Declined. It seems that as a society evolves and its technology advances, it becomes less violent. So any alien civilization advanced enough to communicate with us probably won't decide to immediately vaporize us.

So at least for now it seems Hawking's alarmist alien ideas are still up for debate.