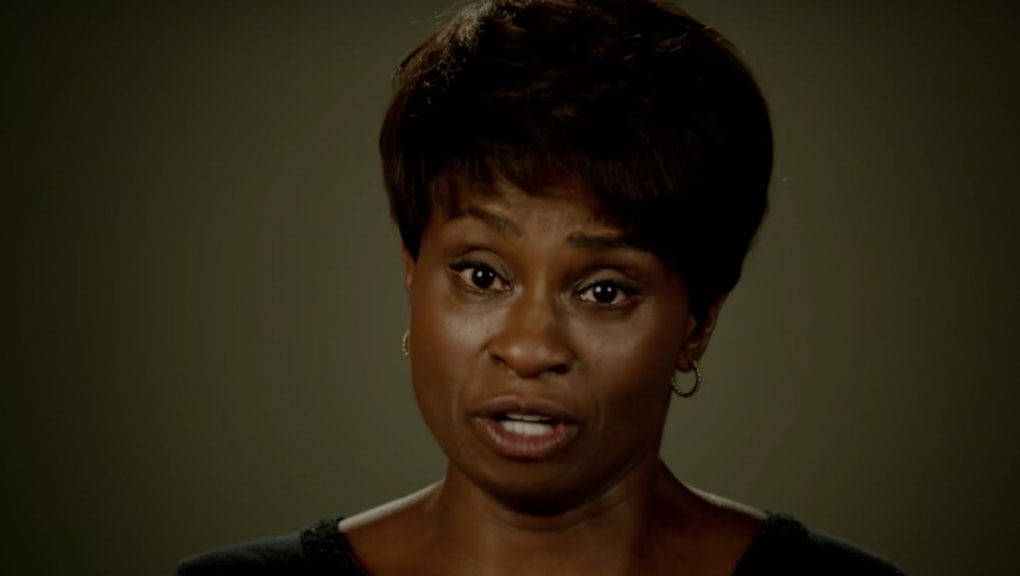 The third episode of American Horror Story's sixth season begins with Lee, Matt and Shelby continuing their search for Flora, who is missing. Previously, Lee was shocked to find that her daughter had vanished and that the only trace of her remain was a bloody tree and her hoodie hanging on one of its branches.

Lee, who was once a police officer, knows that the first few hours of the search are crucial. After 36 hours, the odds of her daughter being found are cut in half. The family organizes a search party with local volunteers, and they begin to scour the woods. After hours pass with no luck, Lee stumbles upon a disturbing clue: She finds a pig torn to shreds accompanied by remnants of Flora's doll in the middle of the woods. This clue ultimately leads Lee, Shelby and Matt to a "skeleton of a farmhouse" that seems to be abandoned. Lee is certain Flora is inside.

Once they enter, Matt and Shelby have no luck finding any signs of the missing child. Initially, all they can see are decaying farm animals and garbage. But once they head out to the barn, Matt and Shelby stumble upon two disturbed boys (who are eerily reminiscent of the twins from the first season) breast-feeding from a dead pig while rambling incoherently.

As expected, the police prove to be useless. Although the boys are brought in for questioning, they don't seem to be particularly helpful in helping everyone find Flora. A psychologist attempts to communicate with them, but the boys can only repeat one word over and over again: Croaton.

To make matters worse, Flora's father Mason appears on the scene understandably enraged. He is angry at the boys found at the abandoned farmhouse but even more so at Lee for kidnapping Flora and putting her in a dangerous situation. He even starts to believe Lee is hiding Flora as part of a twisted scheme to maintain custody of her daughter. In a fit of anger, he decides to leave.

Later that night, Matt is awoken by a phone call that sends shivers down his spine. The police have found a burnt corpse hanging in the woods, and they need to identify it. When Lee, Shelby and Matt make it out to the murder scene, Lee can't believe her eyes. The body isn't Flora's. It's Mason's.

Shelby begins to wonder whether Lee is responsible for Mason's death. After all, Matt sees on the security system set up on his phone that Lee left the house 15 minutes after Mason did, and didn't return until four hours later.

As Lee and Shelby begin to bicker, a new character enters the house. Cricket Marlowe (played by Leslie Jordan) is an eccentric medium who helps grieving families find lost children. He says he was "called" to the scene after seeing the news on CNN. Initially, everyone is skeptical about Cricket's credibility, but a Google search shows he has found countless missing kids in the past. Matt, Shelby and Lee decide to give Cricket a chance.

As Cricket begins to explore the house, he finds the closet where Flora used to play with Priscilla. He tells Lee that Priscilla was a girl who died in the 1500s — and this is enough to convince Lee to use Cricket's services.

Cricket initiates a séance in the house in hopes of making contact with Priscilla so Flora's wherabouts can be revealed. But instead of summoning Priscilla, he instead manifests a ghost who calls herself "the Butcher." Played by Kathy Bates, she tells Cricket that Priscilla has gone rogue and is no longer a part of the group.

The Butcher goes on to explain that her real name is Thomasin White, the wife of John White who was the governor of the lost Roanoke Colony. In a flashback sequence, Thomasin is shown to be kicked out and sent out to the woods to die after her husband left the colony. While stumbling around the woods in shackles, Thomasin prays for God to give her mercy, but instead, a spirit (played by Lady Gaga) saves her. Thomasin returns to the colony to kill the colonists who rejected her, and along with her son, she says that the colony will leave Roanoke Island and move inland.

Cricket summons the colonists and tells them that if they help Lee find Flora, Matt and Shelby will leave the house and even burn it it down. Shelby is outraged because she did not agree to this, but apparently, according to Lee, Matt agreed to the deal on her behalf.

Shelby goes to find her husband so they can discuss the matter and she frantically searches the woods for him. To her surprise and horror, she sees Matt in a daze having sex with Lady Gaga's character while two hillbillies pleasure themselves to the bizarre sight. Shelby runs back to the house in disgust, but Matt has no recollection of this happening.

Shelby seems to have channeled her rage at Matt by having Lee arrested. The episode ends with Lee being escorted into a cop car and being driven away.

"What did you do?" Matt asks Shelby.

Viewers will have to watch the next episode, airing Thursday at 10 p.m. Eastern on FX, to find out.