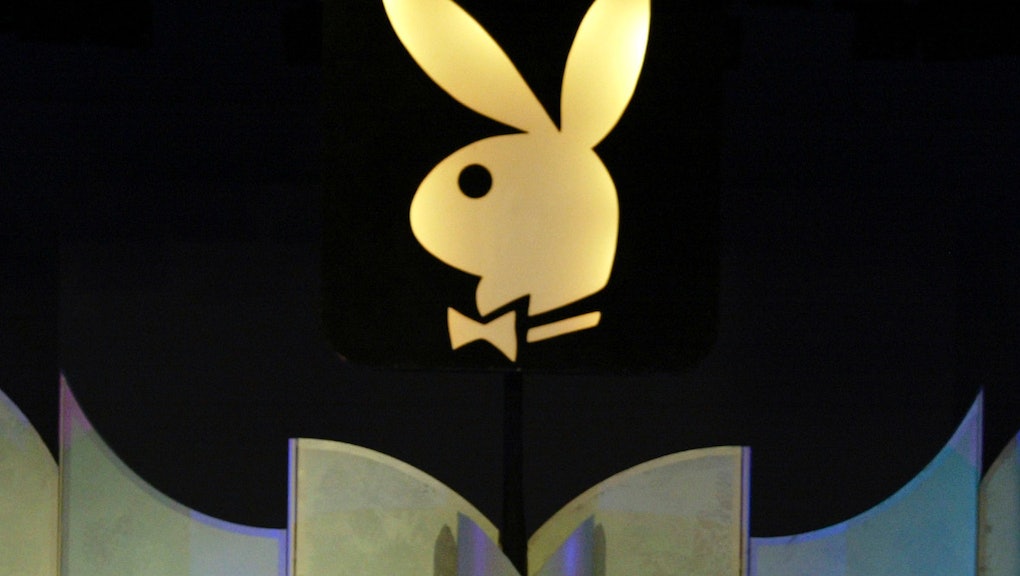 According to BuzzFeed, Trump's role is "relatively benign" and limited to breaking a bottle of Champagne and pouring it over the Playboy logo printed on a limo:

"Beauty is beauty, and let's see what happens with New York," Trump says in the video.

You can see footage of Trump's appearance in the video at BuzzFeed.