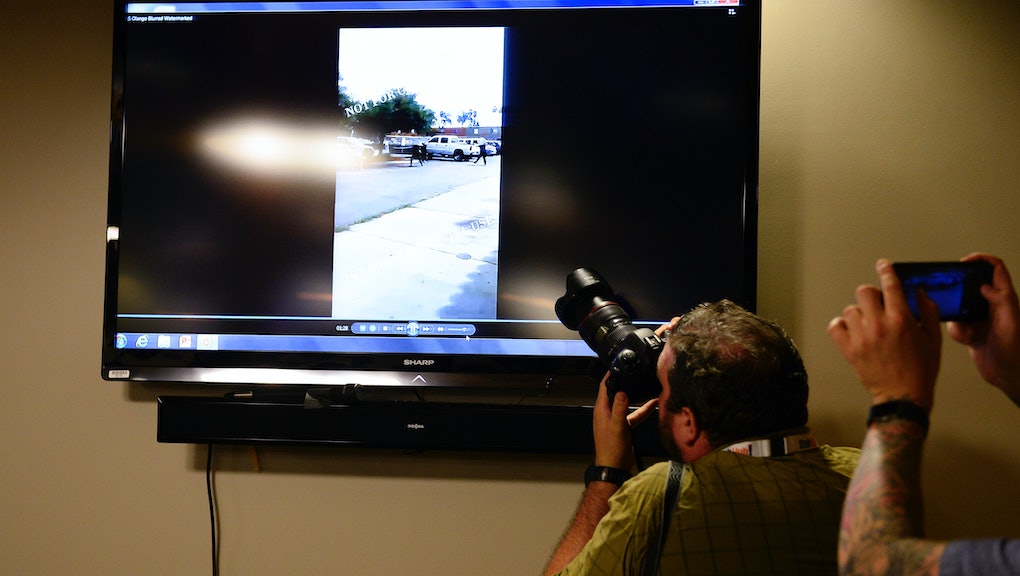 On Friday, police released two videos of the shooting of Alfred Olango, an unarmed black man killed by police in El Cajon, California, on Tuesday. Authorities reportedly distributed the video only to media outlets that attended a press conference.

One of the videos shows 38-year-old Olango backing away from a police officer before he is fatally shot. Police believed the man had brandished a weapon that turned out to be a vaping device.

A woman who reportedly identified herself as family of Olango said she called police to help the man, who had been acting erratically. Olango was mentally ill, according to media reports. Authorities said officers opened fire on Olango and stunned him with a stun gun after he failed to obey commands to remove his hands from his pockets and took a confrontational stance against an approaching officer.

The 97-second clip has no audio. It was obtained through video surveillance of a fast food restaurant's drive-thru lane. Officials also released a second, shorter clip with audio, in which four gunshots can be heard along with screaming.

El Cajon Police Chief Jeff Davis said the video was being released "for the sake of the well-being of the community" because of misinformation that he said was driving local protests over the man's death, USA Today reported.

The officer involved in the shooting was identified as Richard Gonzalves. The incident is the latest in a string of fatal police shootings of black men in the U.S., including killings in Tulsa, Oklahoma, and Charlotte, North Carolina.